Dean R Thompson nomiated as US Ambassador to Nepal 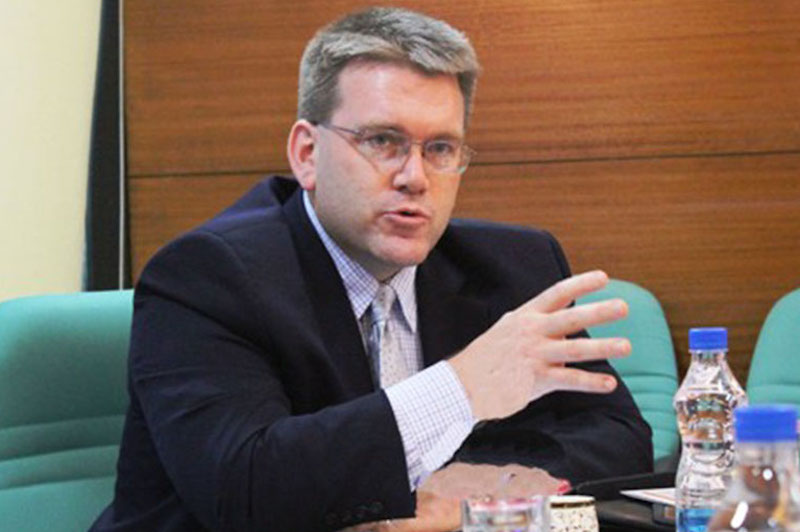 According to the press release issued by the White House, he will be appointed as the Ambassador to Nepal once his nomination is endorsed by the US Senate. This will be his first stint in the ambassadorial post.

Dean R. Thompson is a career member of the Senior Foreign Service, class of Minister-Counselor. He currently serves as the State Department’s Principal Deputy Assistant Secretary for South and Central Asian Affairs, and was the acting Assistant Secretary from 2020-2021.

Thompson earned a BA degree from Wittenberg University in Springfield, Ohio, a MA degree from the University of Maryland School of Public Affairs, and a MS in National Security Strategy from the National War College, National Defense University. His foreign languages include Romanian and Bengali.