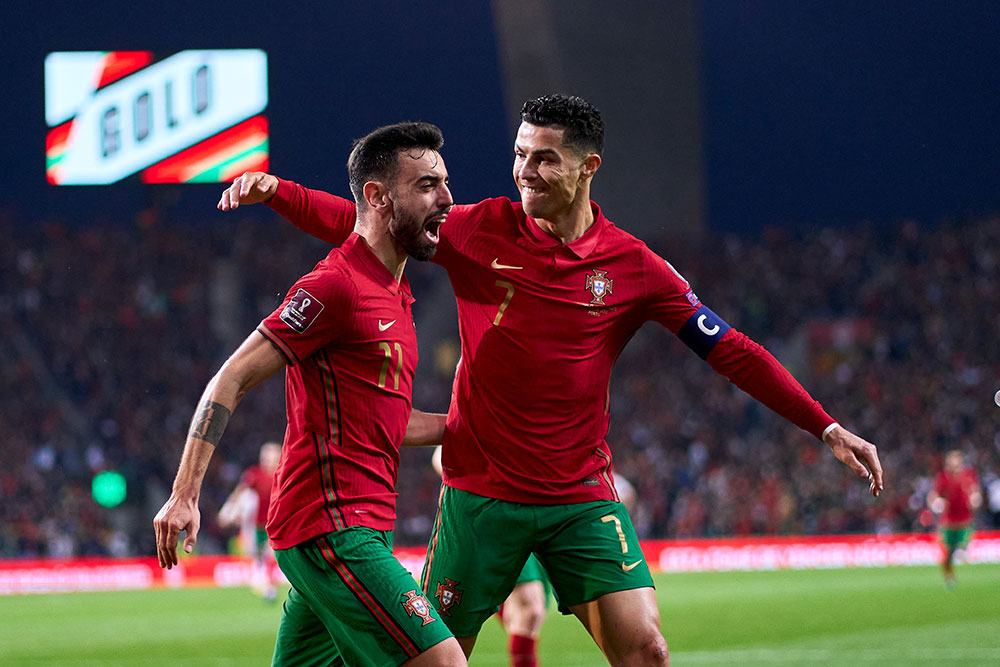 Portugal’s Bruno Fernandes scored a clinical double as they beat stubborn visitors North Macedonia 2-0 to qualify for the World Cup finals in Qatar after a tense European playoff tie on Tuesday, Reuters reported.

Roared on by 50,000 fans at a sold-out Dragao Stadium in Porto, Portugal dominated the game from the start but struggled to break down the strong North Macedonian defence, managing only three shots on target despite having almost 70% possession.

Fernandes opened the scoring 30 minutes into the first half after intercepting a pass by his best friend, North Macedonia captain Stefan Ristovski, working a great one-two with Cristiano Ronaldo before whipping his shot past the goalkeeper.

The 27-year-old attacking midfielder sealed Portugal’s win in the 65th minute, striking home a volley from a Diogo Jota cross.

Fernando Santos’s team then ran down the clock, celebrating at the final whistle with their joyful fans who remained in the stands for more than 15 minutes after the game, singing as the players completed a victory lap holding a huge Portugal flag.

“I don’t care about individual accomplishments but this display will be one to remember because it helped my country to reach a World Cup,” Fernandes told reporters.

Portugal, who won the 2016 European Championship in France and the 2019 UEFA Nations League at home, qualified for a sixth straight World Cup finals and have now not missed a major international competition in the last 20 years.

“I have already won two competitions and I hope I can win the third one in Qatar,” coach Santos told a news conference.

“There was a spirit of mutual help and great support from the public. It was a deserved and fair win and qualification. I don’t remember any great goalscoring situations for their team.”

They were pushed into the playoffs after finishing second in Group A, having lost their final game at home to Serbia 2-1 last November.

That had left them needing to win two consecutive elimination games to qualify, with last week’s win over Turkey, where they survived late drama, setting up a decider against North Macedonia, who had stunned Italy in their opening match.

It was a nervous occasion in Porto on Tuesday but Portugal dominated and avoided any surprises from the underdogs, who did not have a shot on target.