Brief rain with lightning forecast for next three days 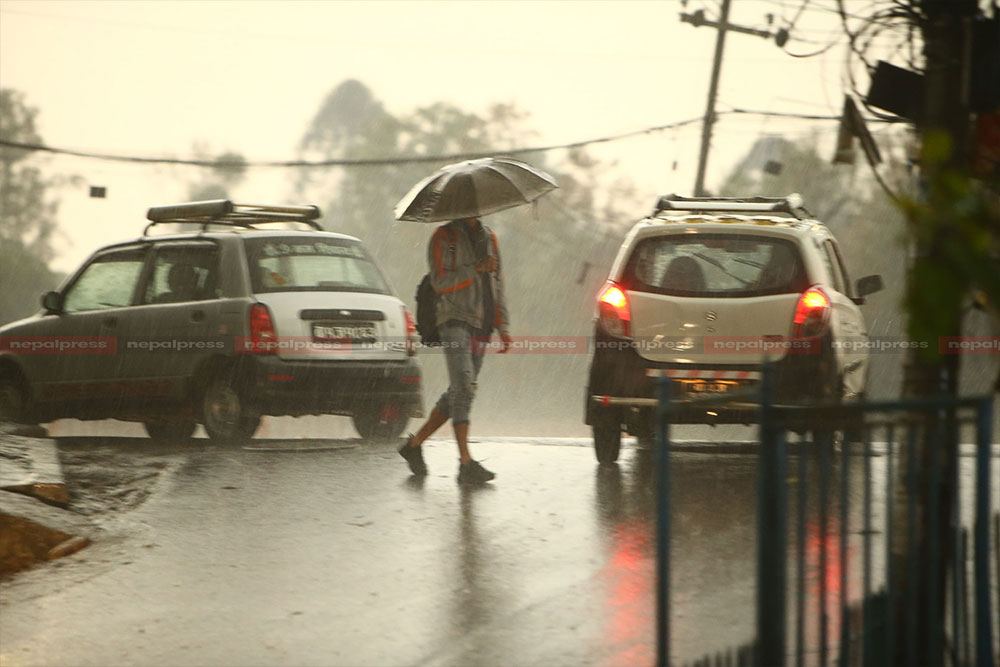 KATHMANDU: Isolated brief rain or thundershowers is likely to occur at some places in the country with partly to generally cloudy in most parts of the country in the next three days.

According to the Meteorological Forecasting Division, isolated or brief rain with lightning is likely to occur today at some places of Province 1, Madesh Province, Bagmati Province and Gandaki Province and mainly fair in the rest of the country.

Now, the country witnesses a general influence of a low-pressure system based in the surroundings of Bihar and the impact of local wind.

The Division has urged one and all to take precautions against rising temperature in the southern plains.

According to the Division’s latest details, the minimum temperature in the Kathmandu Valley was 17.2 degrees Celsius and the maximum 26.4 degrees Celsius.