As prices soar in crisis-hit Sri Lanka, many forced to moonlight 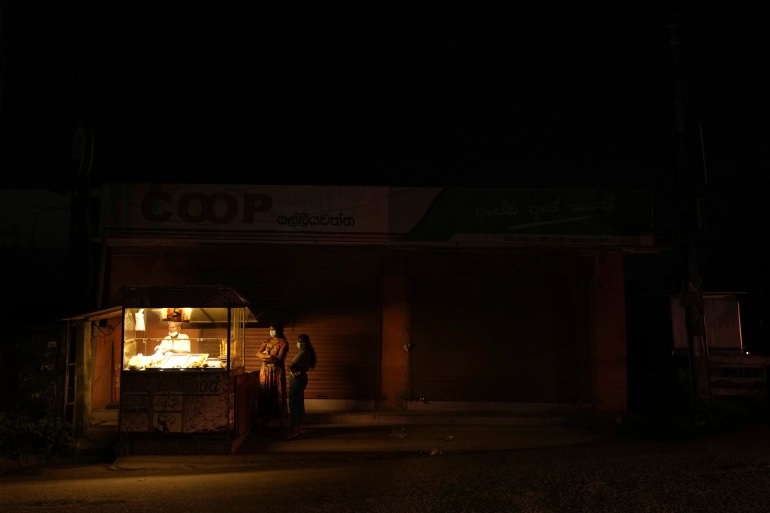 Sri Lankan waiter Abdul Razzak hoped to supplement his wages by moonlighting as an Uber Eats food courier using his friend’s motorcycle. It didn’t work out – instead of doing deliveries, he ended up stuck in queues to buy gasoline, Aljazeera reported.

Beset by fuel shortages, power cuts and soaring food prices, many Sri Lankans are being forced to take on second jobs as millions struggle to survive the Indian Ocean nation’s worst economic meltdown since independence in 1948.

“We have never come across this kind of economic hardship,” said Razzak, 53.

“Sometimes my wife and I go hungry so that we can feed our children two meals. It used to be three.”

Groceries that cost Perera about 10,000 rupees a month before the coronavirus struck, now cost half his salary.

He said he struggled to feed his three children anything more than plain rice once a day. On good days, he gets them a small fish, their only source of protein, he told the Thomson Reuters Foundation at his one-room home.

“Sometimes my wife and I starve,” said Perera, who tried a short stint as a waiter for a few nights but soon gave up after he fell asleep on his day job.

Tension over shortages has led to sporadic violence among residents jostling to buy fuel and other essential goods.

Every day, motorists line up at fuel pumps at the break of dawn and wait hours until they open. Some leave jerry cans and gas cylinders to hold their spots in snaking queues as they wait their turns in the shade.

Police said a man was stabbed to death on March 21 in an argument with the driver of a three-wheeled vehicle while, last week, four elderly men died while queuing to buy fuel in the sweltering heat.

The military posted soldiers at hundreds of gas stations on March 22 after complaints of stockpiling and inefficient distribution, and farmers and fishermen have joined a growing wave of protests.

Without enough dollars to pay for paper and ink, authorities indefinitely postponed term tests for millions of students.

“This is unprecedented. Unlike before, we can’t ask people to donate money because everybody is hit by this crisis in one way or the other,” said N M Ameen, president of Muslim Council of Sri Lanka, which has been helping the poor with donations.

While Sri Lanka was in economic trouble even before COVID-19, with struggles to pay foreign debt and slow growth, the series of lockdowns dealt a major blow to the informal sector, which accounts for nearly 60 percent of the country’s workforce.

Job losses and reduced earnings increased poverty in the country of 22 million.

The share of those considered poor, based on a daily income of $3.20, was estimated to have grown to 11.7 percent in 2020 – or more than half a million people – from 9.2 percent a year before, according to the World Bank.

Central bank data shows that the government had identified 5 million families with the “fragile financial status of low-income households” and provided them with a 5,000 rupee allowance during the COVID-19 lockdowns.

But that helped only briefly, with the latest economic crash – compounded by the Russia-Ukraine conflict that has led to a steep rise in oil prices – serving another gut punch and making scenes of desperation and panic more and more common.

Sri Lanka will seek World Bank assistance in addition to an International Monetary Fund (IMF) rescue plan to be discussed next month. It has already received financial support from China and India in the form of credit lines and currency swaps.

Many Sri Lankans said they now opt for cheaper foods while cutting entertainment bills, such as on eating out, to zero.

Others said they pruned the costs of their children’s education, including private tuitions.

With doctor’s visits too expensive, several said they had resorted to self-medication, a practice the World Health Organization (WHO) says can lead to higher morbidity.

“We have no option,” said S Mallika, 47, a mother-of-two and her family’s breadwinner.

“Unless we feel it is a life-or-death situation, we don’t seek medical advice … We have our own ways to manage,” said Mallika, who earns daily wages as a maid and has seen her earnings fall when her cash-strapped employers laid her off.

Her daughter, 18, dropped out of school in search of a job in Sri Lanka’s garment industry – its second-largest foreign exchange earner.

Many others are trying to make ends meet by donning multiple hats.

“I only sleep one hour on weekdays,” said J M F Ahamed, 52, a retired government official who works at a private firm during the day and by night ferries people around in his tuk-tuk because his 23,000 rupee pension barely sustains his family.

But his earnings are still barely enough to buy food, he said.

“Our family has a late lunch so we only need to eat something light at night.”