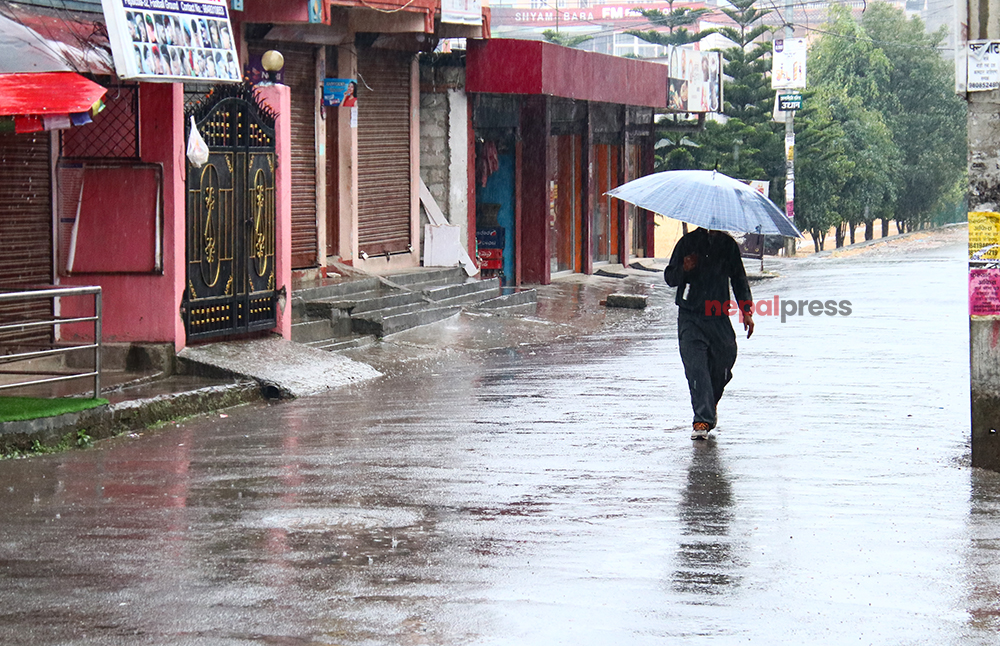 KATHMANDU: The weather will be partly to generally cloudy in most parts of the country with chances of rain and gusty winds in some places due to the influence of the Westerly low-pressure system.

The Department of Hydrology and Meteorology stated that there is the possibility of intermittent rain and gusty wind along with thunder and lightning at some places in the hilly region of Province no 1, Bagmati province and Gandaki province, urging adopting necessary alertness.