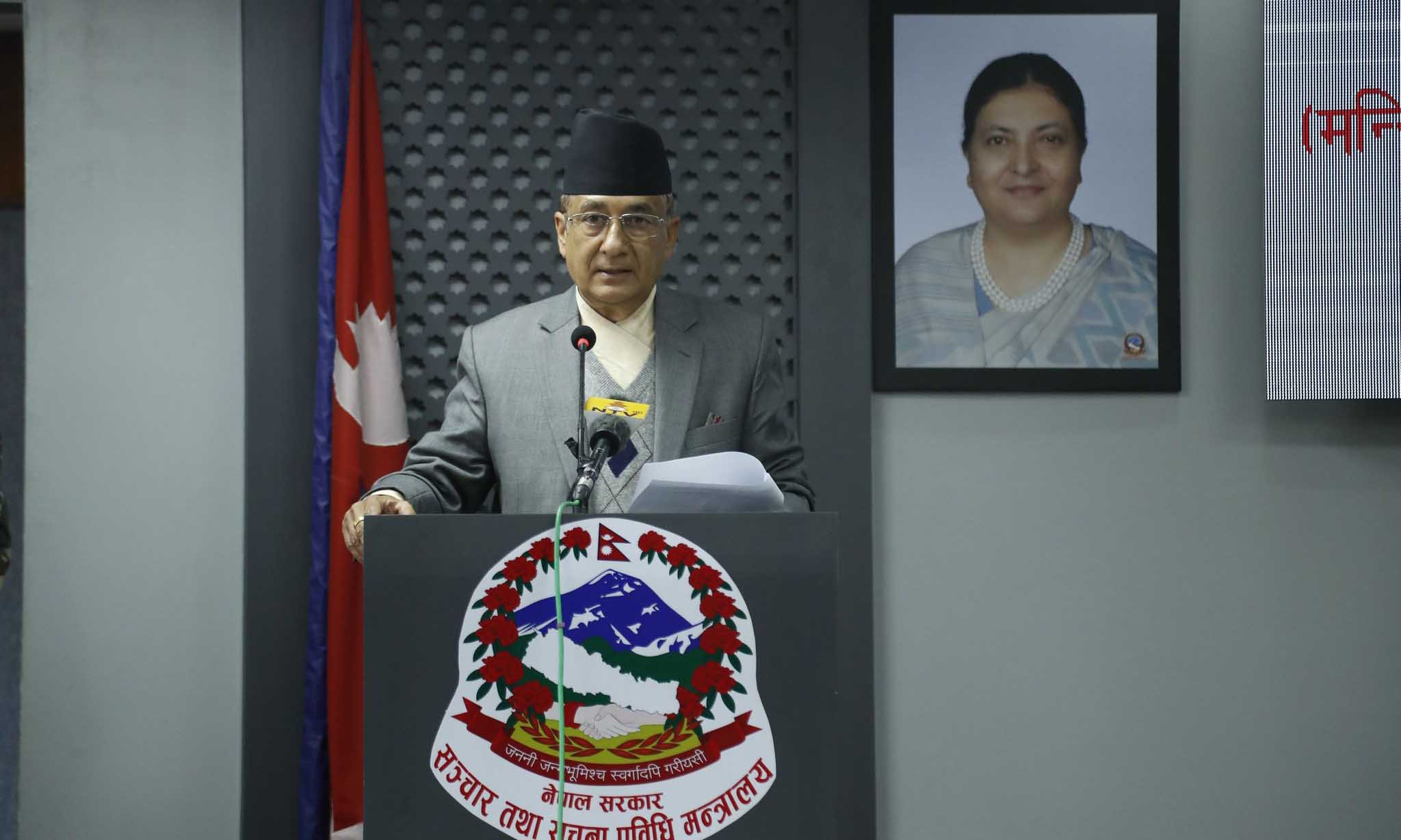 KATHMANDU: The government has decided to approve the grant assistance and the technical assistance related to the feasibility study for the trans-border railway to be received under the Economic and Technical Cooperation Agreement proposed by the government of the People’s Republic of China.

Government spokesperson and Minister for Communication and Information Technology Gyanendra Bahadur Karki informed about this during the news conference organized today at the Ministry while making public the decisions made by a meeting of the Council of Ministers on March 28.

Minister Karki said the Cabinet meeting decided to extend by two years the term of the implementation agreement concerning the oil and natural gas resource survey in Nepal. It decided to approve the letter of intent related to zero customs and quota-free facility between Nepal and China as well as the agreement regarding the feasibility of grid connection between the two countries.

According to the government spokesperson, the meeting decided to declare the Tilaurakot Kapilbastu area as a ‘protected monument zone’. It approved the visit of a team led by National Planning Commission (NPC) vice-chair Dr Bishwonath Poudel that participated in the 20th edition of the Doha Forum conference held on March 26 and 27 in Doha, Qatar. It approved the India visit of Toyam Raya, the Secretary at the Commission for the Investigation of Abuse of Authority (CIAA), from April 1 to 10.

The Monday’s Cabinet meeting has also made appointments to various government bodies. Accordingly, Lekhnath Sharma Pangeni and Dr Jeevan Angai have been appointed members of the Nepal Revenue Advisory Committee, and Sanjeev Jha the General Manager of Dairy Development Corporation.

Similarly, Bhairab Raj Regmi is appointed a member of the National Land Commission while Karuna KC has been designated as the Deputy Director-General of the Survey Department.

The government has formed a recommendation committee under the convenorship of the Secretary at the Ministry of Communication and Information Technology for appointing a member of the Nepal Telecommunication Authority. It has decided to give approval to Dr Kedar Bhakta Mathema, former ambassador of Nepal to Japan, to receive an Honour to be conferred on him by the Government of Japan.

The Cabinet meeting has given temporary approval to the Chitwan Engineering Campus Rampur for running classes of the new course programme in Bachelor of Architecture, with an intake of 24 students. RSS