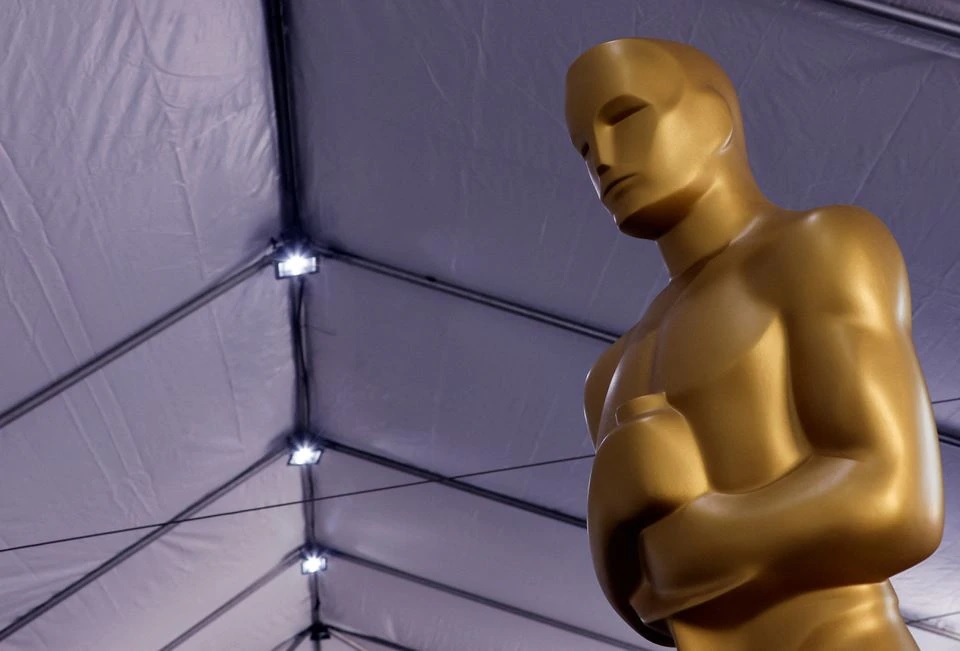 Hollywood shared a little bit of its big night with the people of Ukraine on Sunday, using text on a screen to ask the world for financial contributions for those suffering from the Russian assault, Reuters reported.

A few celebrities also made brief comments, but the Oscars telecast distinctly did not turn into a megaphone for messages about Ukraine. Instead, the show’s directors opted for a silent message that did not mention Russia, which invaded Ukraine 31 days ago.

“We’d like to have a moment of silence to show our support for the people of Ukraine currently facing invasion, conflict and prejudice within their own borders,” read the message posted on screen just before a commercial break.

“We ask you to support Ukraine in any way you are able,” read the silent message, adding the hashtag #StandWithUkraine.

Russian President Vladimir Putin calls the war a “special military operation” that Moscow says is aimed at demilitarizing and “denazifying” its neighbor. Ukraine and its Western allies call this a pretext for an unprovoked invasion.

Before the show, there were suggestions that Ukrainian President Volodymyr Zelenskiy might make an appearance through video link, as he has done in parliaments around the world while urging the West to give Ukraine tanks, planes and missiles to help fend off Russian forces and to impose a no-fly zone.

But he did not appear.

There were a few references to Ukraine but none to Russia.

Co-host Amy Schumer also threw in a reference, saying, “And there’s a genocide going on in Ukraine and women are losing all of their rights.”

Just before the Oscar plea for aid, Ukrainian-born actress Mila Kunis made a veiled reference to the trouble in her native land.

“Recent global events have left many of us feeling gutted. Yet when you witness the strength and dignity of those facing such devastation, it’s impossible to not be moved by their resilience,” Kunis said, setting up a nominee for best song.

Kunis, 38, was born in the Ukrainian city of Chernivtsi and immigrated to the United States at age 7. She has been active in raising money for Ukraine.

On March 20, Zelenskiy praised Kunis and her husband, actor Ashton Kutcher, on Twitter, saying they were “among the first to respond to our grief” and had raised $35 million for Ukrainian causes.

In another understated moment, actor Jason Momoa wore a handkerchief in blue and yellow, the colors of the Ukrainian flag.

One indirect reference to Russia came when filmmaker Ben Proudfoot received the Oscar for best short subject documentary, calling for the release of Women’s National Basketball Association player Brittney Griner, who has been detained in a Russian prison.

It was not clear exactly when Griner was detained, but it was announced after Russia’s invasion of Ukraine on Feb. 24, which dramatically worsened relations between Washington and Moscow.