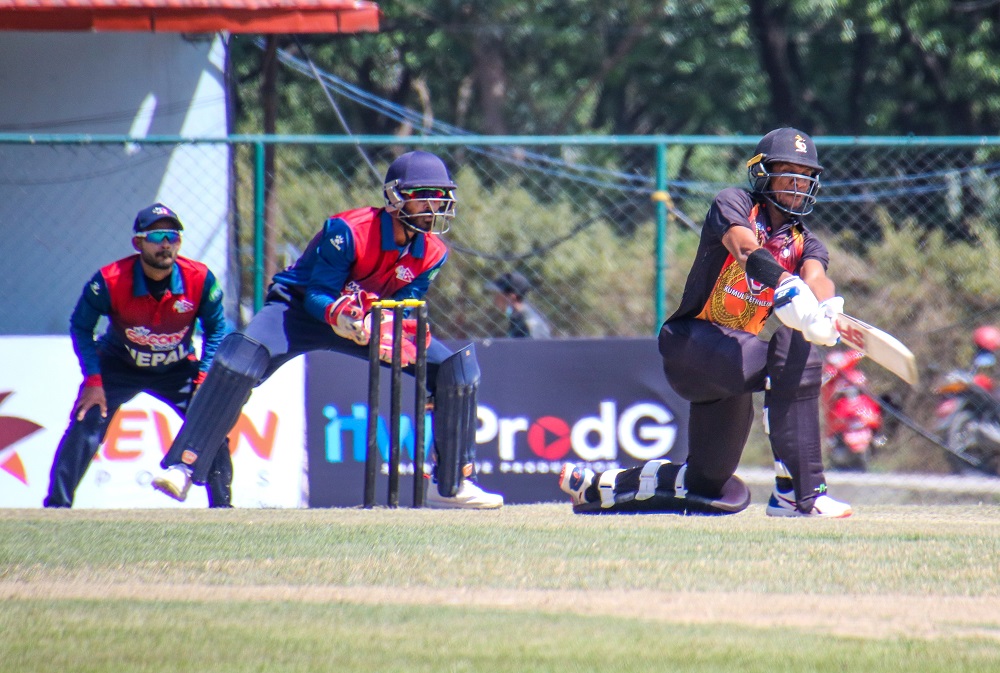 KATHMANDU: Nepal has made a winning start in the ongoing Tri-Nation T20I Series in the Capital on Monday.

In the first match held at the TU ground in Kirtipur this afternoon, Nepal beat Papua New Guinea (PNG) by 15 runs.

With the win, Nepal has accumulated two points. The top two teams will play the final on the basis of a double round-robin format.

Other players failed to make any double-digit runs.

PNG and Malaysia will lock their horns in the second match scheduled for tomorrow.