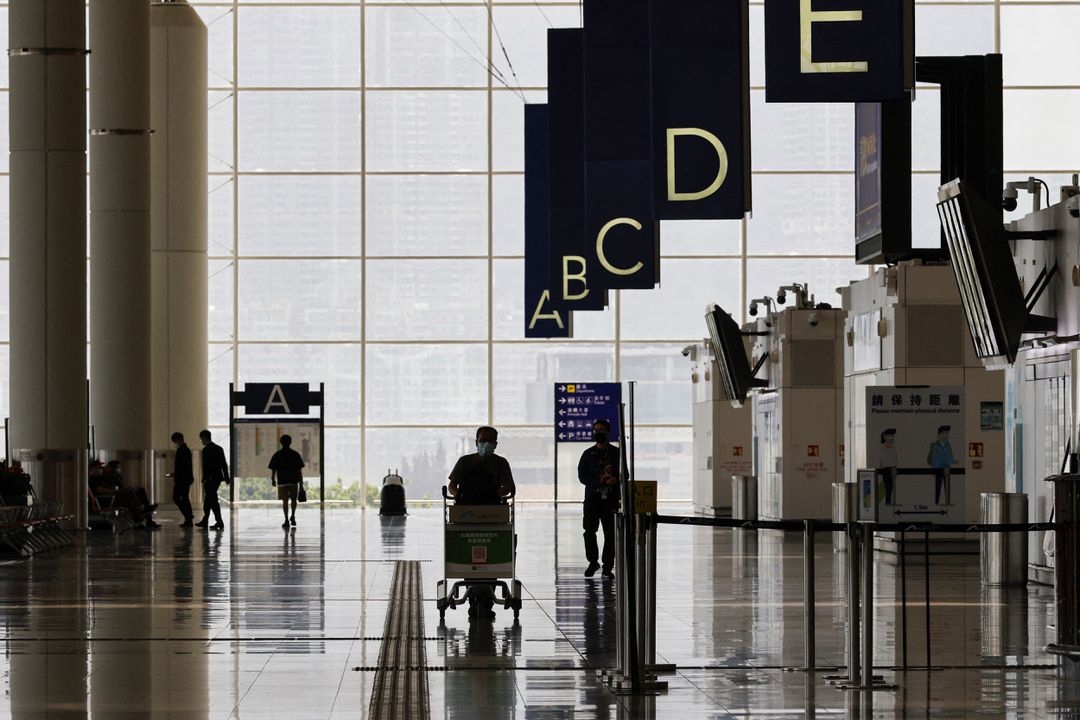 Hong Kong said on Sunday it is shortening the ban on airlines that are found to have carried three or more passengers who test positive for COVID-19 upon arrival, as the number of local cases continues to ease from its peak, Reuters reported.

Starting on Friday, the ban on individual airline routes will be halved to seven days as part of an ongoing “flight suspension mechanism”, the government said in a statement.

The change comes after the government said last week a ban on flights from nine countries – Canada, India, Pakistan, Nepal, Britain, the United States, France, Australia and the Philippines – would be lifted on April 1.

If there is at least one positive test and at least one case of non-compliance with pre-departure testing on any single flight, the airline will also be suspended from flying the route for seven days.

Hong Kong reported 8,037 new COVID-19 infections on Sunday and 151 deaths, the second day in a row below 10,000 cases, as its latest wave of infections continues to ease.

The financial hub will relax the social distancing measures in phases starting April 21, allowing restaurant dining after 6 p.m. with tables of four people, up from two currently.

Hong Kong’s economy is set to contract in the first quarter, breaking four quarters of recovery streak, as retail sales fell for the first time in 12 months in February and export growth slowed, Financial Secretary Paul Chan said on his blog.

Businesses and the city’s economy are reeling from widespread closures, as the government has imposed stringent social distancing rules since January amid a dramatic spike in the Omicron variant.

While the former British colony has officially stuck to a “dynamic zero” coronavirus policy similar to that of mainland China, which seeks to curb all outbreaks, it has been shifting to mitigation strategies as deaths skyrocketed.