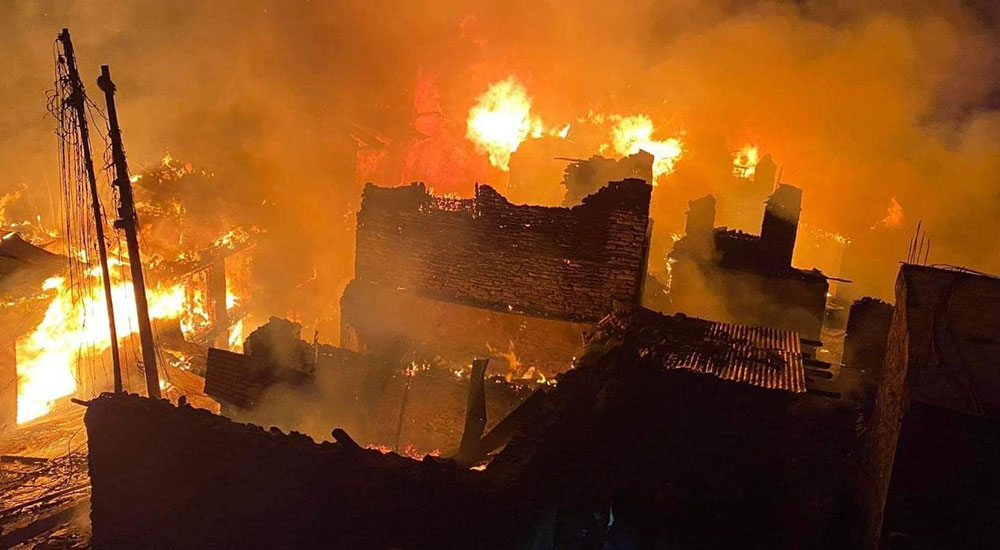 UDAYAPUR: An elderly woman died when a fire broke out at Shikharpur in Udayapurgadhi Rural Municipality-1 of Udayapur district on Sunday.

Seven houses were reduced to ashes in the incident.

Police said that Magar died after her house suddenly caught the fire.

According to local Dandi Keshar Magar, more than a dozen goats and pigs were charred to death in the incident.