UML expresses dissatisfaction over the role of EC, government 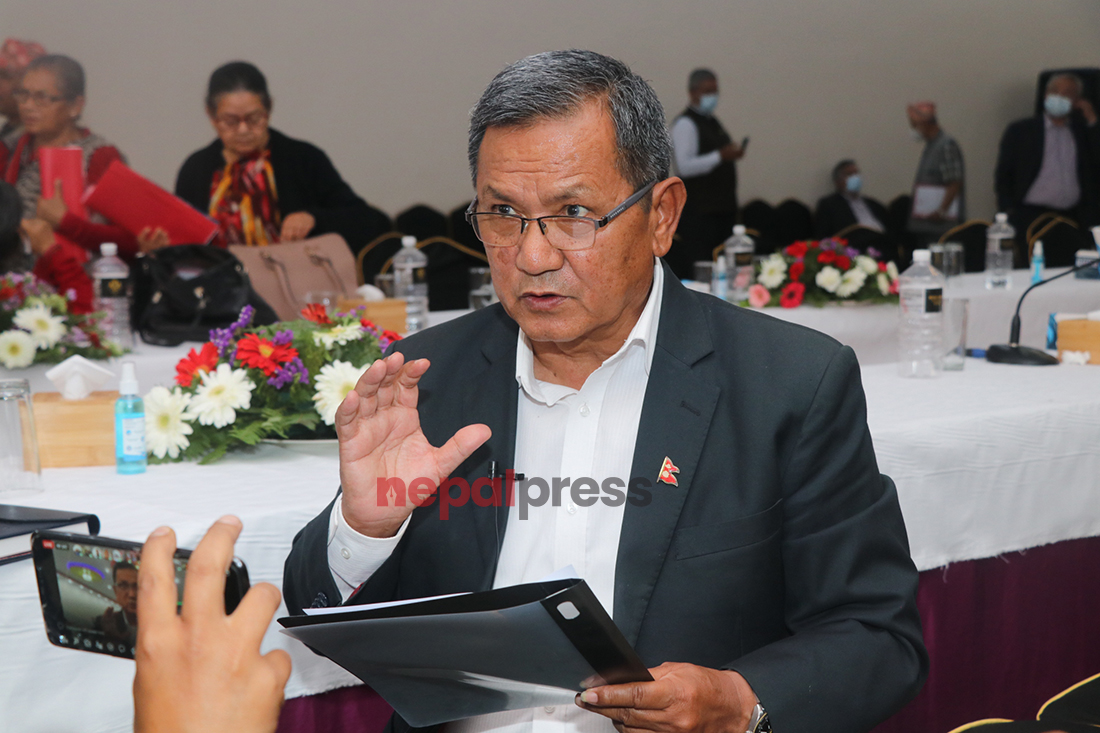 KATHMANDU: The main opposition CPN-UML has expressed its dissatisfaction over the role of Election Commission and government.

Informing about the special proposal endorsed by the Standing Committee meeting, Publicity Department Chief Prithvi Subba Gurung urged to correct the decision to print green ballot papers and to give two days for filing the nomination for the local level elections.

Saying that the government has been preparing to bring regulations and ordinances to transfer and promote government staffers and police personnel recklessly even after the announcement of the elections, the UML urged the government not to indulge in such kinds of activities.

The UML said that the EC’s decision to change the colour of ballot papers and allocate two days of time for registering the nominations was in favour of the ruling party.

Meanwhile, the meeting endorsed the three decisions of the Central Committee and decided to hold a hybrid virtual meeting for the preparations of a commitment paper of the local elections.

The leaders at the center will attend the meeting physically while the representatives of the districts and provinces will participate virtually.