China opposes any attempt to undermine Nepal’s sovereignty and engage in geopolitical games in the country: FM Wang Yi 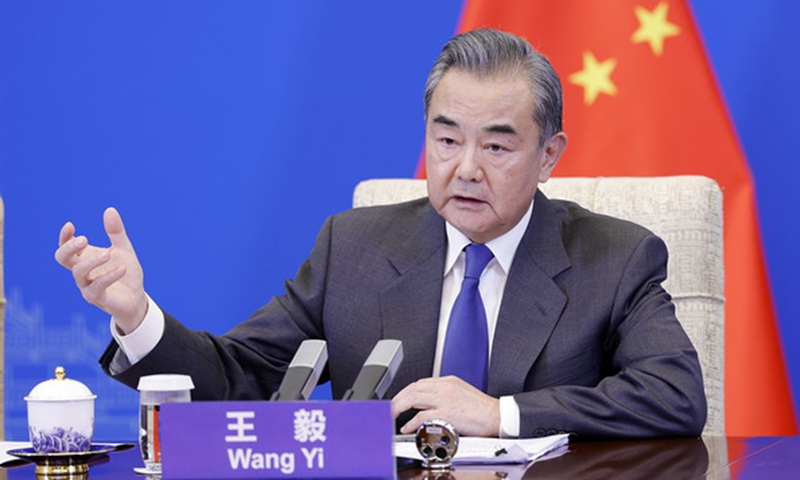 China believes the affairs of Nepal should be decided by its people, and China opposes any attempt to undermine Nepal’s sovereignty and independence, interfere in its internal affairs and engage in geopolitical games in the country, Chinese State Councilor and Foreign Minister Wang Yi said on Saturday at a meeting with Nepali Foreign Minister Narayan Khadka in Kathmandu, Global Times reported.

China will support Nepal in finding a development path suited to its national conditions, Wang said, encouraging all parties and party factions in Nepal to engage in inclusive consultation for the sake of the fundamental and long-term interests of the people. Wang added that all parties in the country should also jointly explore a governance model that is conducive to promoting political stability, economic growth and people’s livelihoods.

China supports Nepal in pursuing independent domestic and foreign policies, the Chinese top diplomat said, noting that China believes that all countries are equal regardless of size, and respects the sovereignty, independence and territorial integrity of all countries.

Nepal should become a promising land for cooperation between China and South Asia, and China is glad to see Nepal co-exist friendly with other countries and play a bigger role in regional and international affairs, Wang said.

He also elaborated China’s support for Nepal in furthering participation in the Belt and Road Initiative. The FM said China is willing to push forward key joint projects, ensure the smooth running of land ports between the two countries, explore cross-border cooperation in electricity, expand economic and people-to-people exchange channels, and build the Trans-Himalayan Multi-Dimensional Connectivity Network to make the Himalayas a bond of friendly cooperation between the two countries, Wang said.

China is ready to assist Nepal in taking advantage of its own human resources, geographical location and national ecosystem as well as the opportunities brought by China’s development to speed up its development and revitalization.

In his part, Khadka thanked China’s support for Nepal’s efforts to safeguard sovereignty and independence as well as oppose external interference. He reaffirmed that Nepal firmly adheres to the one-China policy, and firmly supports China in safeguarding its core interests.

They agreed China and Nepal should strengthen cooperation in terms of anti-pandemic drive and vaccines, and that the Sino-Nepali cross-border railway project should be completed, stretching the railway to Kathmandu.

Wang also met with Nepali Prime Minister Sher Bahadur Deuba on Saturday. Deuba stressed that Nepal will continue to firmly adhere to the one-China policy and will never allow any forces to use the Nepali territory to engage in any anti-China activities.

China will work with Nepal to safeguard the principle of non-interference in internal affairs and the basic norms governing international relations, resist unilateralism and oppose power politics, and contribute to regional peace and stability, Wang said.