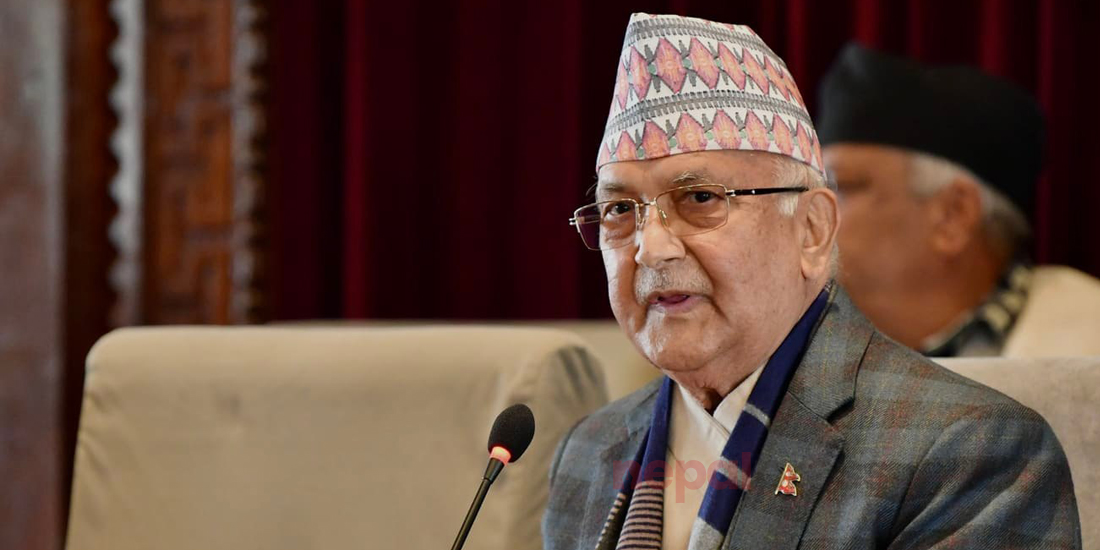 KATHMANDU: Chairperson of the CPN (UML) KP Sharma Oli today said that the party has shouldered the responsibility to take the county on the path to socialism by cutting through existing problems and challenges.

The party should commit to prosper the country along with establishing peace and maintaining good governance by completing the remaining work of the peace agreement and by safeguarding achievements made so far from the democratic movements; and the country’s territories and national sovereignty.

The former Prime Minister was addressing the third meeting of the party central committee that began in Kathmandu today and will conclude on Thursday.

Following this meeting, the party would entirely engage in the upcoming local level election, and for that, it would take a decision on the mobilisation of its human resources and organisation and other party activities for the poll, he said.

The party meeting will discuss issues including the party’s preparations for the election, it has been said. In the meeting, Chair Oli is scheduled to present his political report and General Secretary Shankar Pokharel his organisational report. RSS