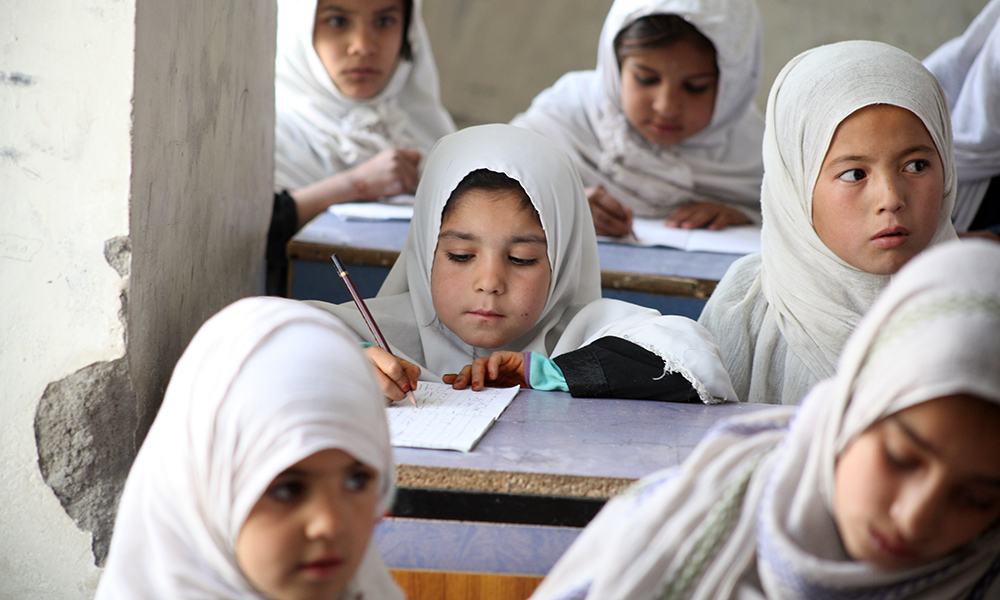 The Taliban on Wednesday backtracked on their announcement that high schools would open for girls, saying they would remain closed until a plan was drawn up in accordance with Islamic law for them to reopen, Reuters reported.

Teachers and students from three high schools around the capital Kabul said girls had returned in excitement to campuses on Wednesday morning, but were ordered to go home. They said many students left in tears.

“We all got disappointed and we all became totally hopeless when the principal told us, she was also crying,” said a student, not being named for security reasons.

The last time the Taliban ruled Afghanistan, from 1996 to 2001, they banned female education and most employment.

The international community has made the education of girls a key demand for any future recognition of the Taliban administration, which took over the country in August as foreign forces withdrew. The United Nations and United States condemend the reported closures on Wednesday.

The Ministry of Education had announced last week that schools for all students, including girls, would open around the country on Wednesday after months of restrictions on education for high school-aged girls.

On Tuesday evening a Ministry of Education spokesman released a video congratulating all students on their returning to class.

However on Wednesday a Ministry of Education notice said schools for girls would be closed until a plan was drawn up in accordance with Islamic law and Afghan culture, according to Bakhtar News, a government news agency.

“We inform all girls high schools and those schools that are having female students above class six that they are off until the next order,” said the notice.

The country’s ministry of education spokesman did not respond to calls and messages seeking comment. A Taliban administration source confirmed to Reuters that schools for girls in Kabul would be closed for now, without elaborating.

The Taliban is seeking to run the country according to its interpretation of Islamic law while at the same time accessing billions of dollars in aid that it desperately needs to stave off widespread poverty and hunger.

“The UN in Afghanistan deplores today’s reported announcement by the Taliban that they are further extending their indefinite ban on female students above the 6th grade being permitted to return school,” the United Nations’ Mission to Afghanistan (UNAMA) said in a statement.

The U.S. Chargé d’Affaires for Afghanistan, Ian McCary, currently based in Qatar, said in a tweet that he was deeply troubled by the reports.

“This is very disappointing & contradicts many Taliban assurances & statements,” he said.