It was necessary to dissolve House to protect party from clutches of Prachanda: Oli 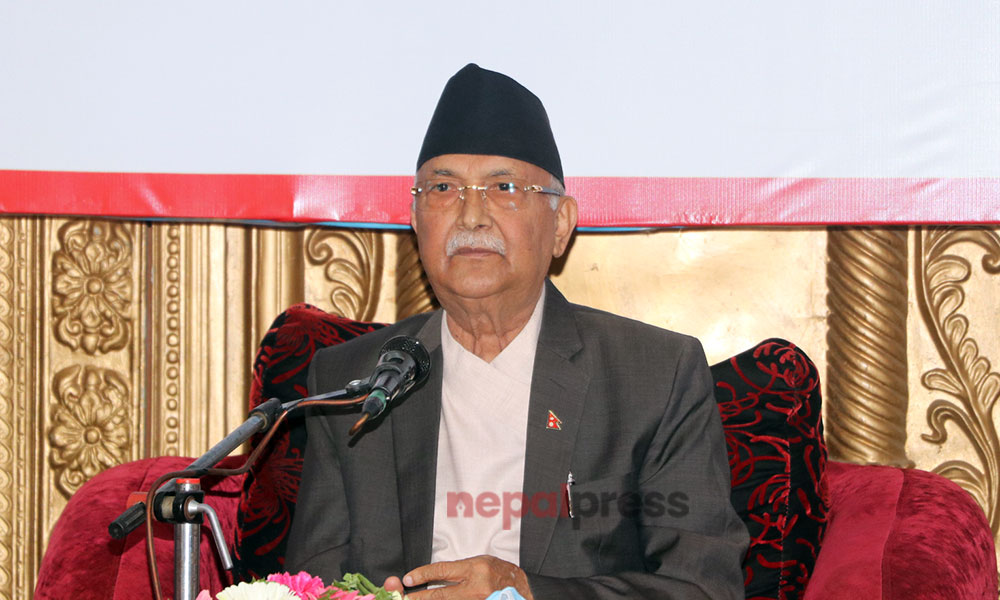 KATHMANDU: CPN-UML Chairman and former Prime Minister KP Sharma Oli said that it was necessary to dissolve the House on December 20 to protect the party from the clutches of Pushpa Kamal Dahal ‘Prachanda’.

He said so at a time when Ghanshyam Bhusal had been saying that the House dissolution was wrong and the UML should take an initiative to unite the party.

Addressing a Central Committee meeting held on Wednesday, he said, “House dissolution was necessary to protect the party,” adding, “This is not the time to unite the leftist forces but to welcome the leaders and cadres.”

Chairman Oli went on to say that he would not make another mistake by joining hands with Dahal in the name of left unity.

He said that the party would not be strong if they unite with the party of Dahal who also betrayed the fighters of the people’s war.