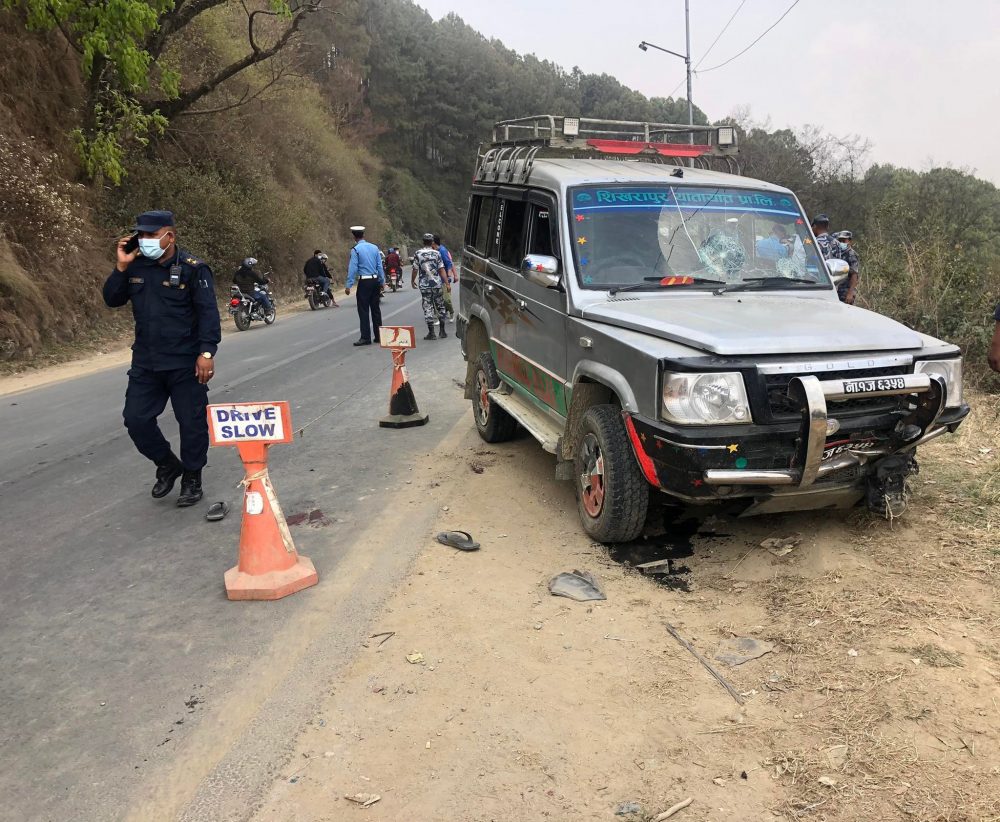 KATHMANDU: Two persons have died when a Tata Sumo and a motorbike collided with each other at Kirtipur in Kathmandu on Wednesday.

The deceased have been identified as Nawindra Timilsina (18) of Kathmandu metropolitan city- 14 and Samir Giri (26) of Nagarjun municipality. Both were the rider and pillion rider of the two-wheeler.

The incident occurred when a Tata Sumo ( Na 1 Ja 6354) heading towards Chobhar from Balkhu and a motorbike (Ba 92 Pa 231) coming from the opposite direction collided head-on this afternoon. The motorcycle fell 25 feet off the cliff after the collision.

Critically injured both were taken to hospital but breathed their last during the course of treatment, police said.

Police have taken the sumo driver Sanjaya Khanal (27) of Jeetpur, Bara under custody for investigation.