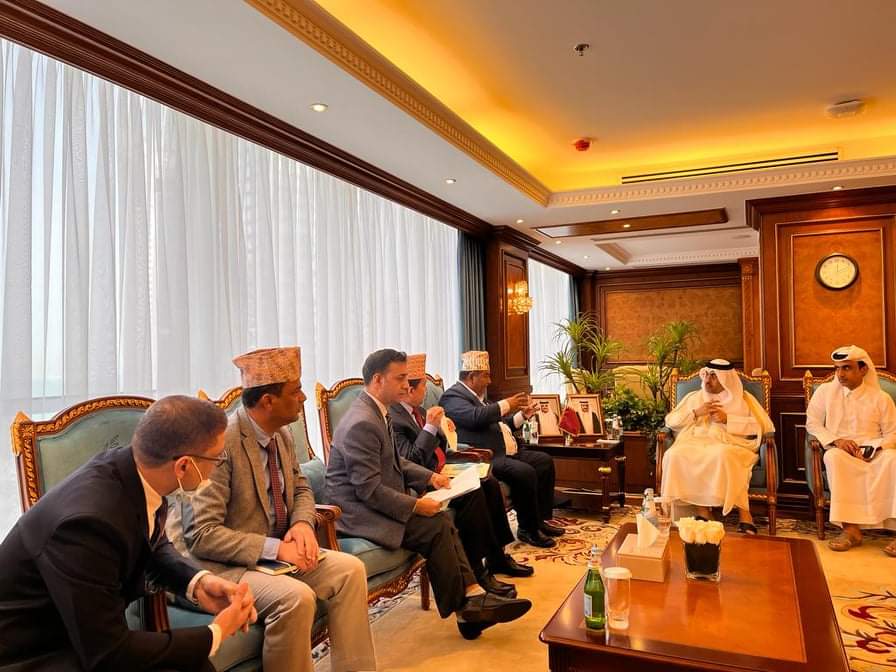 KATHMANDU: An understanding has been reached between Nepal and Qatar to renew the bilateral labour agreement.

The understanding to this effect was reached at a meeting held between Minister for Labour, Employment and Social Security, Krishna Kumar Shrestha, and Labour Minister of Qatar, Dr Ali bin Samikh Al Marri.

Minister Shrestha is now on a visit to Qatar.

Minister Shrestha briefed his Qatari counterpart about the draft sent by the Government of Nepal for the renewal of the labour agreement between Nepal and Qatar.

According to Minister Shrestha’s Secretariat, the agreement was reached to give a final shape to the draft soon by holding discussions on it and hosting an agreement-signing ceremony in Nepal.

Both the countries had signed the agreement in 2005 in a bid to make labour migration safe and orderly and regular.

On the occasion, both the ministers held discussions on the implementation of decisions made by the fourth meeting of the Nepal-Qatar Joint Committee organised in Kathmandu in December 2021. Nepal and Qatar had agreed to revise the labour agreement.

Various issues including social security of Nepali workers, safety at workplace, health facility and arrangement of 24-hour insurance were also discussed, it is said.  There are more than 300,000 Nepali workers in Qatar.

Similarly, Quatari Minister Marri expressed his interest to recruit Nepali workers in the FIFA World Cup being held in Qatar in 2022.