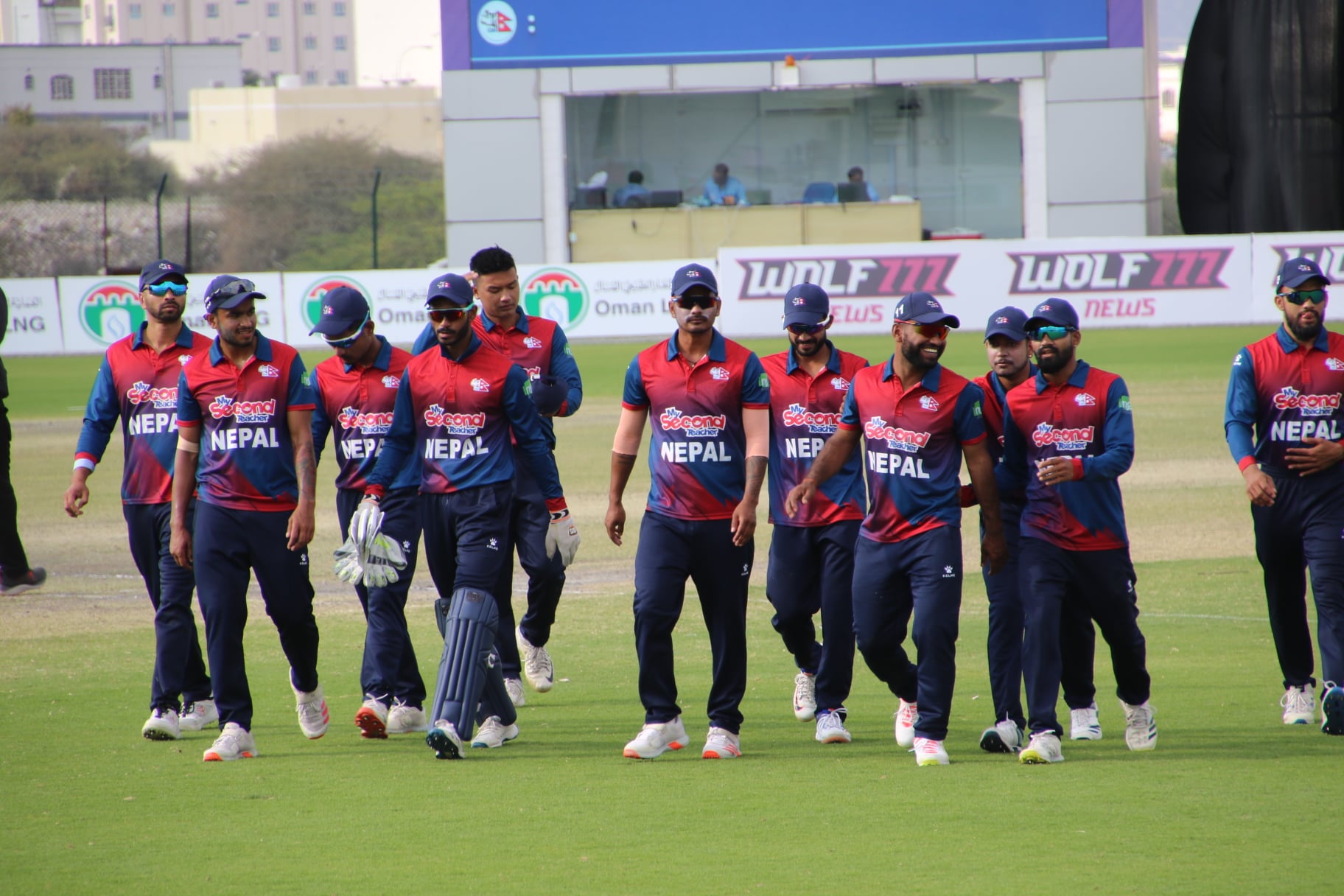 KATHMANDU: Nepal lost to  UAE by 99 runs in a triangular one-day series under the ICC Men’s World Cup Cricket League-2 on Monday.

The match was held at Dubai Cricket Stadium.

Nepal had defeated Papua New Guinea by two wickets in the first match of the series and got defeated with UAE by 48 runs in the second match.

Nepal will face Papua New Guinea in its final match on Tuesday.