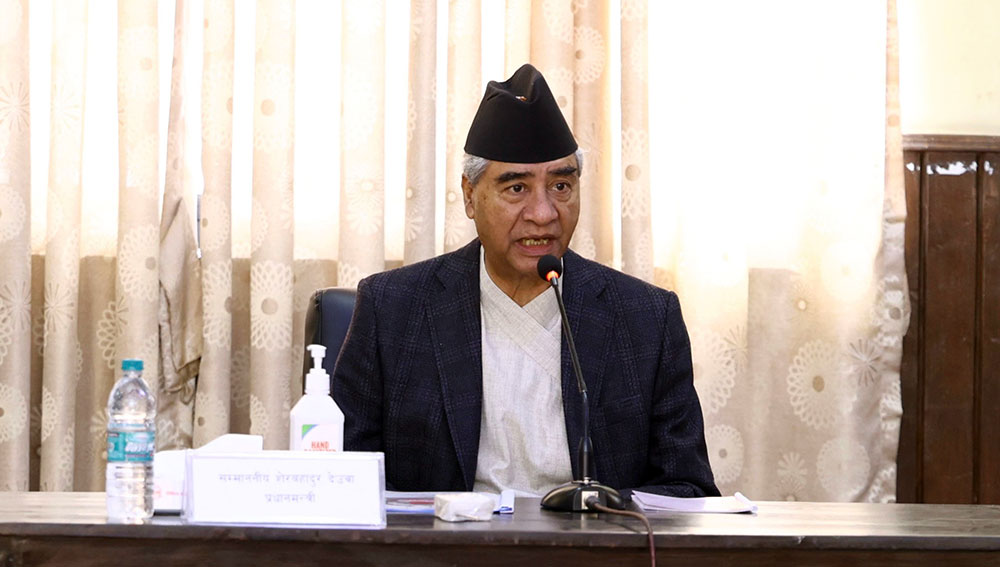 Addressing a programme organised to inaugurate a motorable bridge constructed over the Sapsu rivulet linking the southern part of Khotang, Prime Minister Deuba shared that there was no meaning of protests since the MCC compact was in the national interest.

He mentioned that there would be great contributions to Nepal’s road, electricity and economic development after the implementation of the MCC projects.

PM Deuba argued, “Some people have been interpreting the MCC compact in a wrong way. It is in the phase of implementation after ratifying from the parliament as it will make great contributions to the development of different sectors of the country.”

He urged the local government to pay attention to the development of agriculture and agro-tourism as the Khotang district is fertile for agriculture production.

On the occasion, chairperson of Diprung Chuichumma Rural Municipality, Bhupendra Rai, submitted a five-point demand charter to the PM for the overall development of the district.

The demand charter includes an arrangement of a budget for blacktopping of roads linking Ahale of Diktel Rupakot Majhuwagadi Municipality to Udaypur via Dipurng Chuichumma Rural Municipality, to create an environment to complete Phoksinghtar bridge at the earliest.

Receiving the charter, PM Deuba expressed his commitment to address the demands in the upcoming fiscal year. RSS