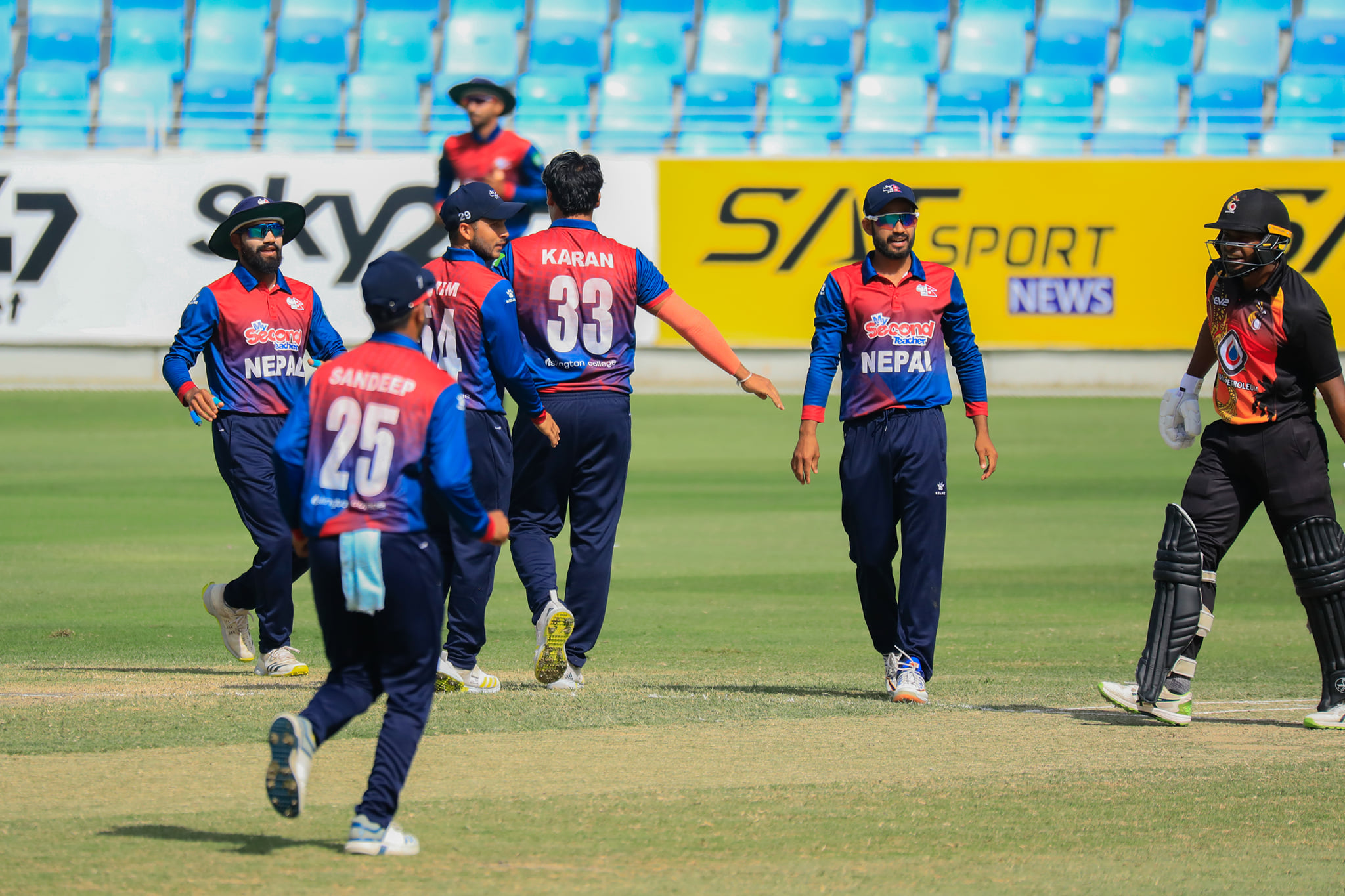 Earlier, Papua New Guinea, who were invited to bat for after losing the toss, scored 173 runs in the allotted 50 overs by losing eight wickets.

Former captain and experienced player Gyanendra Malla was in the bench in today’s match. He was replaced by Bhim Sarki.