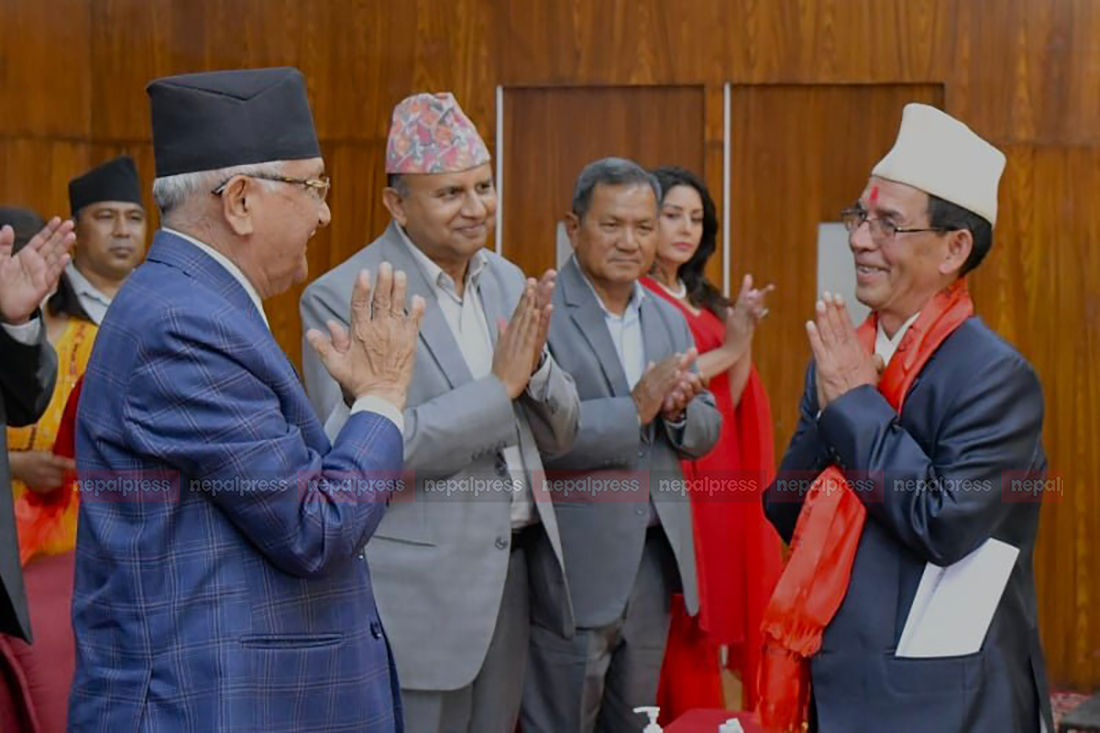 KATHMANDU: Former minister Prem Bahadur Singh along with his party returned to the CPN-UML after 15 years. In fact, he had not abandoned the UML, but formed a separate party after the UML took action against him.

In these 15 years, he became a member of the Constituent Assembly for two times and had also been appointed as the minister.
After the Constitution set a threshold, he could not become the lawmaker after his party Samajbadi Janata Party failed to get three percent of vote.

Finally, he returned to the UML.
During a programme organised on Wednesday, Singh along with his party leaders joined the UML.

Party Chairman KP Sharma Oli welcomed him and other leaders.