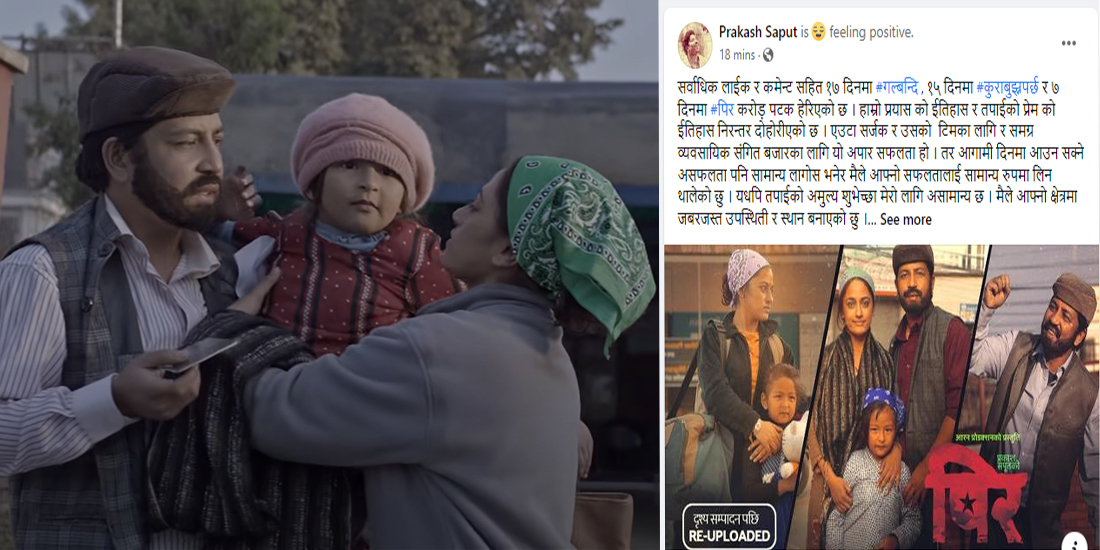 KATHMANDU: Singer Prakash Saput has removed the scene of a female combatant shown indulging in prostitution from the song ‘Pir’ after widespread criticism. He uploaded a new video of the song to YouTube on Saturday evening.

“While making creations based on the facts, it is important to keep in mind the views of the Nepali audience, listeners, the group/community and the society as a whole,” said Saput. He further said that the particular scene and character had actually overshadowed other beauty of the song and video.

The new video has been ‘re-uploaded’ by editing the scene considering the reviewer’s views and the self-esteem and dignity of the group concerned.

Saput has said that the Pir song has inspired him to explore more before coming out with new creations. However, should the creator narrow his creative scope or should the viewer broaden his view? He was of the opinion that it is necessary to have a debate on this.

Singer Saput has also requested all sides concerned not to further politicize and exaggerate in the context of the new song. RSS