Japan to invest $42B in India to strengthen economic ties 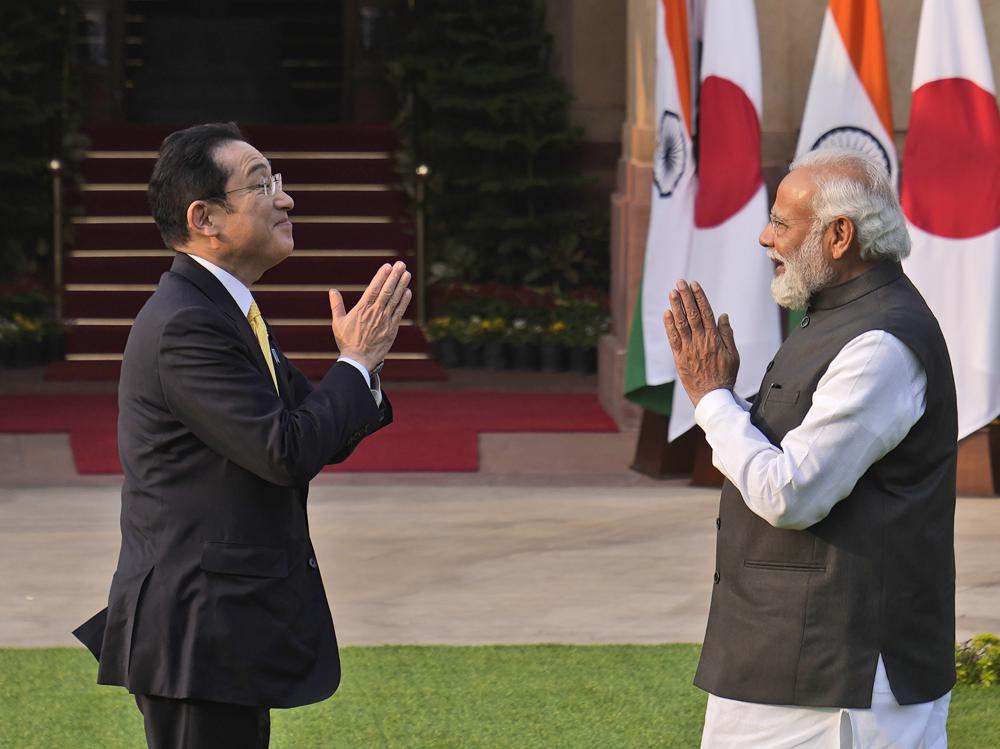 Japan’s Prime Minister Fumio Kishida on Saturday said his country will invest $42 billion in India over the next five years in a deal that is expected to boost bilateral trade, Associated Press reported.

Kishida met his counterpart, Narendra Modi, in New Delhi during his maiden visit to India since assuming office. The two leaders held talks ranging from economy to security cooperation.

In a televised press statement, Kishida said the investment plan will bring huge benefits for several industries, from the development of urban infrastructure to green energy.

Kishida also said the two sides reaffirmed Japan and India’s commitment to strengthen security ties across the Indo-Pacific region and held discussions over the ongoing crisis in Ukraine.

“We discussed the situation in Ukraine. (The) Russian attack is a serious matter as it has shaken international norms,” he said.

India says ties with Japan are key to stability in the region. The two nations, along with the United States and Australia, are members of the Indo-Pacific alliance known as “the Quad” that is countering China’s rising influence in Asia.

India is the only Quad member that has not condemned Russia’s invasion of Ukraine. It has refrained from taking sides and abstained from voting against Russia at the U.N. or criticizing President Vladimir Putin.

The Japanese investments in India touched $32 billion between 2000 and 2019, mainly in the automobile, electrical equipment, telecommunications, chemical, insurance and pharmaceutical sectors. Japan has also been supporting infrastructure development in India, including a high-speed rail project.

The bilateral trade between India and Japan for 2019-20 crossed $11.87 billion, according to government data. India’s exports from Japan amounted to $3.94 billion while India’s imports from Japan stood at $7.93 billion.

In September, the Quad leaders announced Japan would work with India on a $100 million investment in COVID-19 vaccines and treatment drugs.

Kishida will end his India visit on Sunday.