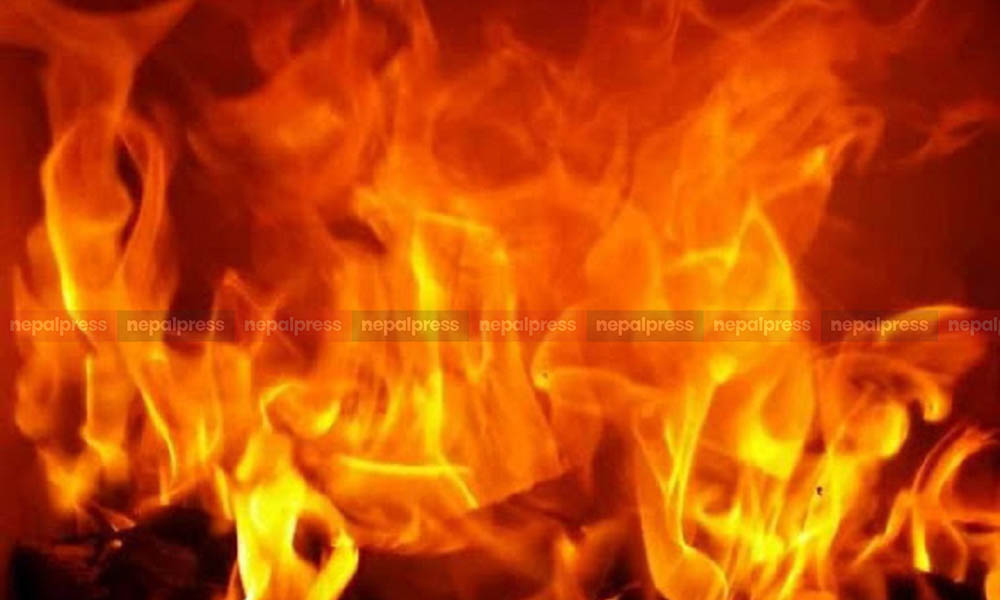 NUWAKOT: Three houses were destroyed in a fire that broke out at Acharang in Kakani rural municipality-3, Nuwakot on Friday.

The houses of Maite Tamang, Buddhiman Tamang and Sagar Tamang were destroyed in the blaze.

According to a local Krishna Dhungana, the fire, that took place last night, destroyed all the belongings of the house owners including clothes, utensils, jewellery among others.

A joint team of Nepal police deployed from Kakani took the fire under control with the help of local people.

Though the fire was taken under control all the properties inside the houses were completely destroyed, Ghannath Bajgai, ward chairman of Kakani-3, said.

It is estimated that the fire damaged the property worth more than Rs 5 million along with the houses.

The fire is suspected to have been caused by an electric short circuit.