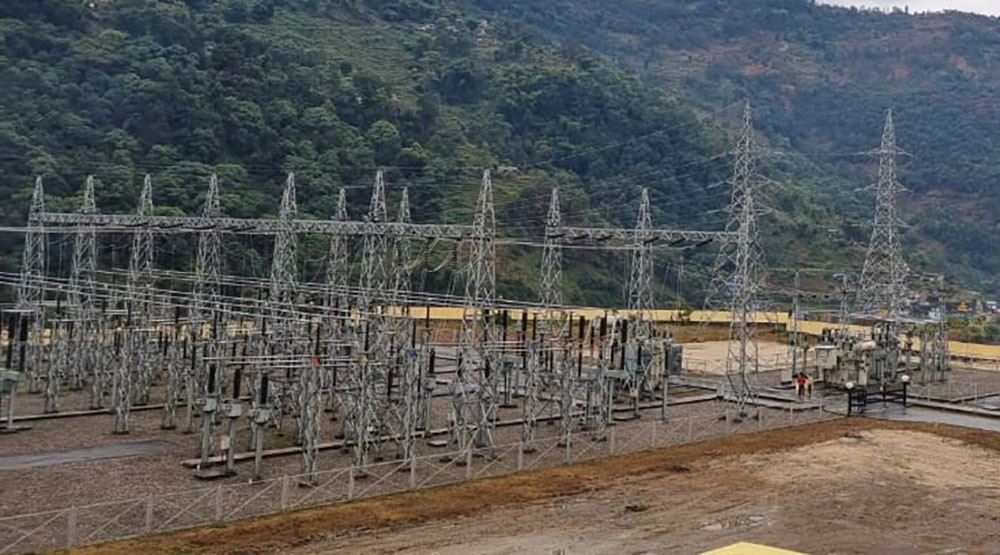 Only after the placement of the transmission system, power produced from the hydropower project reaches out to the households and industries via substation.

Lately, the government has equally emphasized the construction of transmission systems and hydropower projects. The government has been effortful to push for the consumption of country-produced power within the boundary.

The 400-KV capacity Dhalkebar Substation has come into operation after its construction. Likewise, another second big substation of the country is to be inaugurated on Saturday.

Likewise, the capacity of 132-KV power has been connected with Kathmandu through a substation.

The transformer of 100 MVA capacity has been installed at the sustention. The power supply is being made to Dhalkebar of Dhanusha via the substation.

According to the NEA, three substations having capacity of 132, 220 and 400 KVs are in operation in Dhalkebar.

Electrical Engineer of New Khimti Substation, Pradeep Dahal, preparation has been made for the programme wherein Prime Minister Deuba is set to inaugurate the substation.

The construction of the Substation that began in 2018 had completed in June 2021. The preliminary cost of the project construction was Rs 1.50 billion.

The power produced by the Upper Tamakoshi Hydropower Project having 456 MW has been connected with the New Khimti Substation. RSS