Holi, festival of colours, being observed in Tarai region today 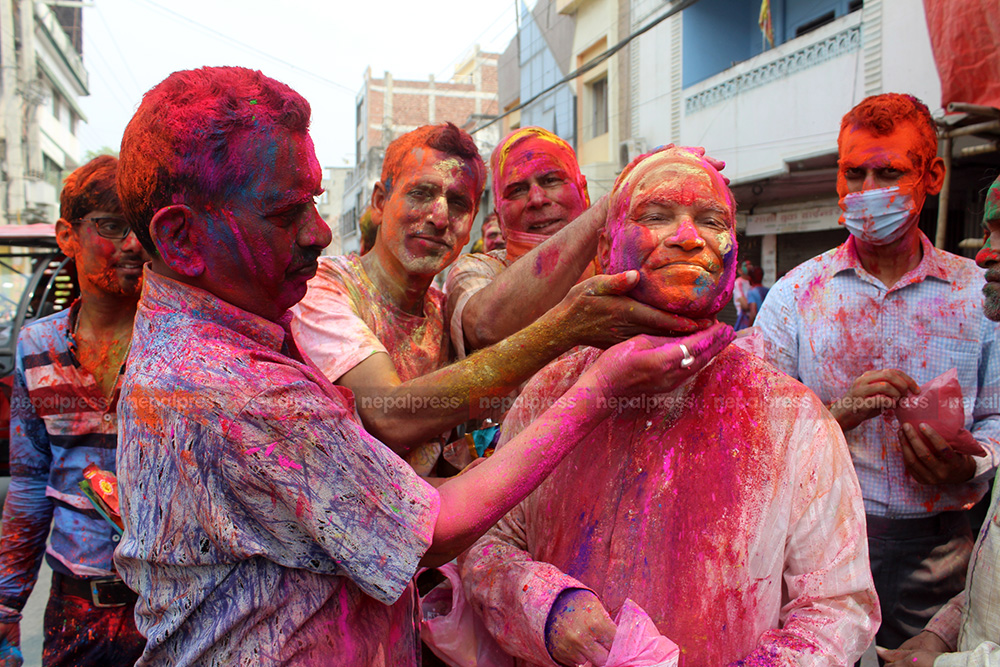 BIRATNAGAR: Fagu Poornima or Holi, the festival of colours, is being observed with much fanfare in the districts of the Tarai region today.

The festival, also called the spring festival, marks the arrival of spring and the harvest season.

Holika Dahan, the death of Holika, the symbol of the triumph of good over evil, is marked by lighting a bonfire and performing a special Puja to burn evil spirits.

People in the Tarai districts are enjoying the festival of colours in groups by smearing one another with different colours including Abir or red vermilion powder.

This festival is also regarded as a bridge to promote social harmony.

Among various cultural festivals celebrated in Nepal, the Fagu Poornima carries its own specialty and significance. People from old to young age enjoy the festival with enthusiasm.

Meanwhile, the sale and prices of fruits and other daily essentials have increased in the Tarai districts during this festival.

Likewise, the Superintendent of Police (SP) of Morang said police personnel have been deployed to avert any unwanted activities in the Holi festival.