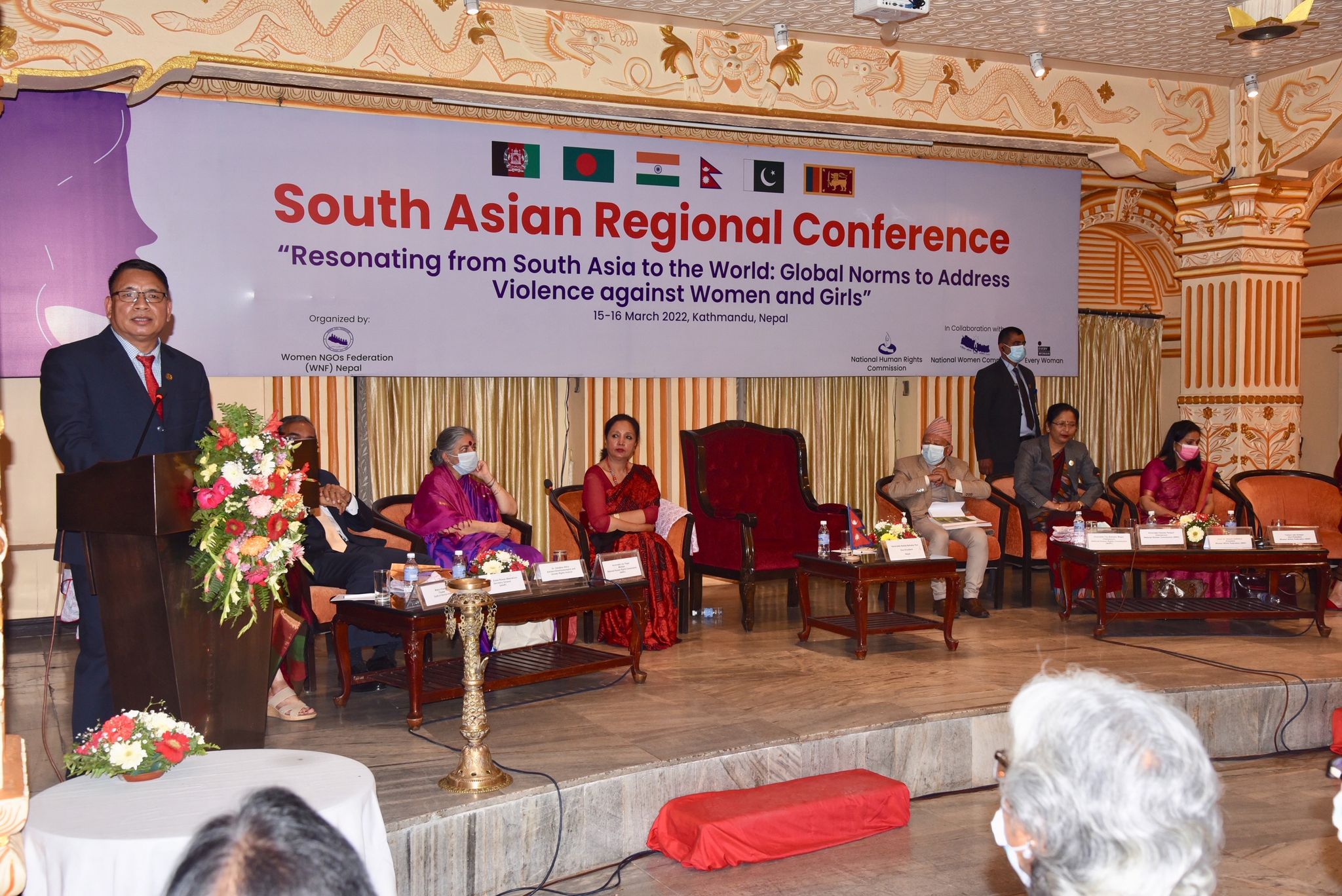 KATHMANDU: Vice-President Nanda Bahadur Pun has said climate change impact and COVID-19 pandemic have directly or indirectly contributed to a further rise in the exploitation and violence against women (VAW).

While inaugurating the ‘South Asian Women Conference’ jointly organised by the National Women’s Commission (NWC), National Human rights Commission (NHRC), Women Non-Government Organization Federation and Every Woman, here today, the Vice-President said there was an upsurge of cases of domestic violence against women during COVID-19 pandemic.

He spoke for the need for concerted actions to fight VAW, the issue of global concern. “It draws our prime concern that exploitation and violence against women exist in the present society.”

The Vice President underlined the need for effective enforcement of the rights of women and girls enshrined by the Constitution, adding that institutionalizing achievements of the women’s movement should be the concern of all.

NHRC Chair Top Bahadur Magar said,” It is a joint responsibility of all to protect human rights,” while NWC Chair Kamala Kumari Parajuli shared that lately, they were receiving a rising number of complaints about domestic violence.

A noted writer from the South Asia and India-based social activist Meera Khanna was of the opinion that the Conference should focus itself on prodding authorities concerned to ensure the effective implementation of laws against gender-based violence.

Likewise, Vandana Shiva, a scholar, and eco-feminist from India argued that it was hard to see a fall in the cases of violence against women until women become economically empowered and self-sufficient.

The two-day Conference for global solidarity to end VAW is being attended by 100 representatives, including rights activists social activists, writers, and scholars.RSS