PM Deuba urges not to spread false information on MCC 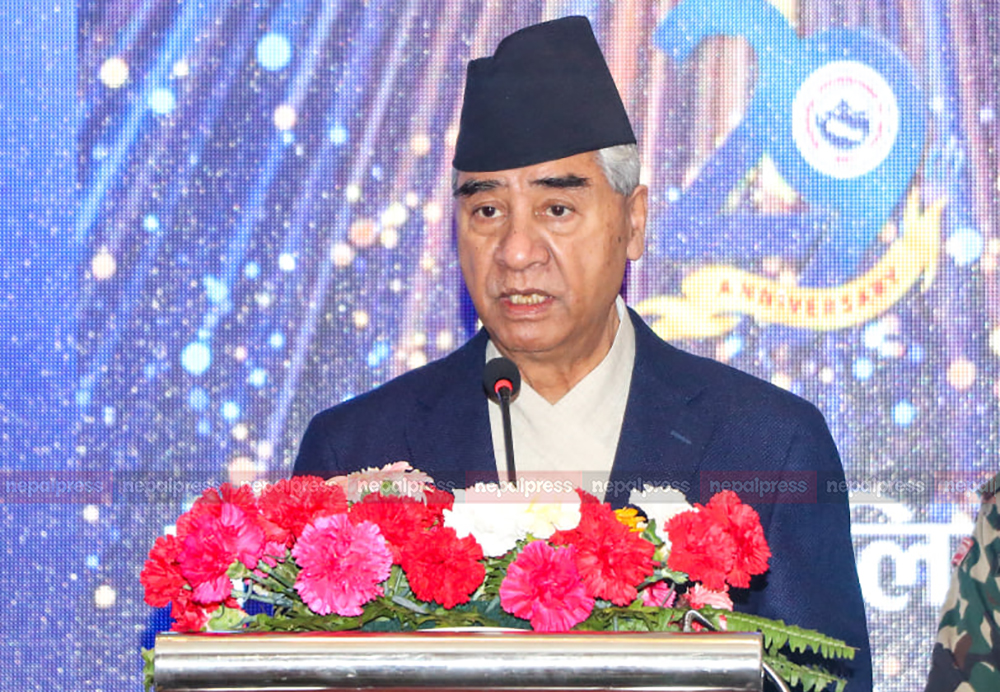 KATHMANDU: Prime Minister Sher Bahadur Deuba has said the current government forwarded the US government grant assistance MCC in the parliament as the KP Sharma Oli administration had tabled the agreement for its parliamentary ratification.

Inaugurating the newly-constructed administrative building of Kispang Rural Municipality in Nuwakot on Monday, the Prime Minister said the then PM KP Sharma Oli and Defence Minister Bhim Rawal tabled the agreement in the parliament for its ratification based on the recommendation of the Council of Ministers.

PM Debua also asked some leaders not to resort to double standards on MCC irrespective of their position in the government and opposition.

The grant is received for Nepal’s development for free and Nepal won’t have to pay even the interest amount as well and this is for the national interest, according to PM Deuba.

“It contributes to the country’s development. It creates employment. The national construction entrepreneurs would win the tender bidding for construction on a competition basis,” the PM assured.

On the occasion, PM Deuba said the government was committed to holding the upcoming local level poll in a free and fearless manner.

The new office building was constructed with an investment of Rs 45.6 million prior to the given deadline, Rural Municipality Chairman Chhatra Bahadur Lama said. RSS