“Our policy is to contest upcoming elections on our own strength” 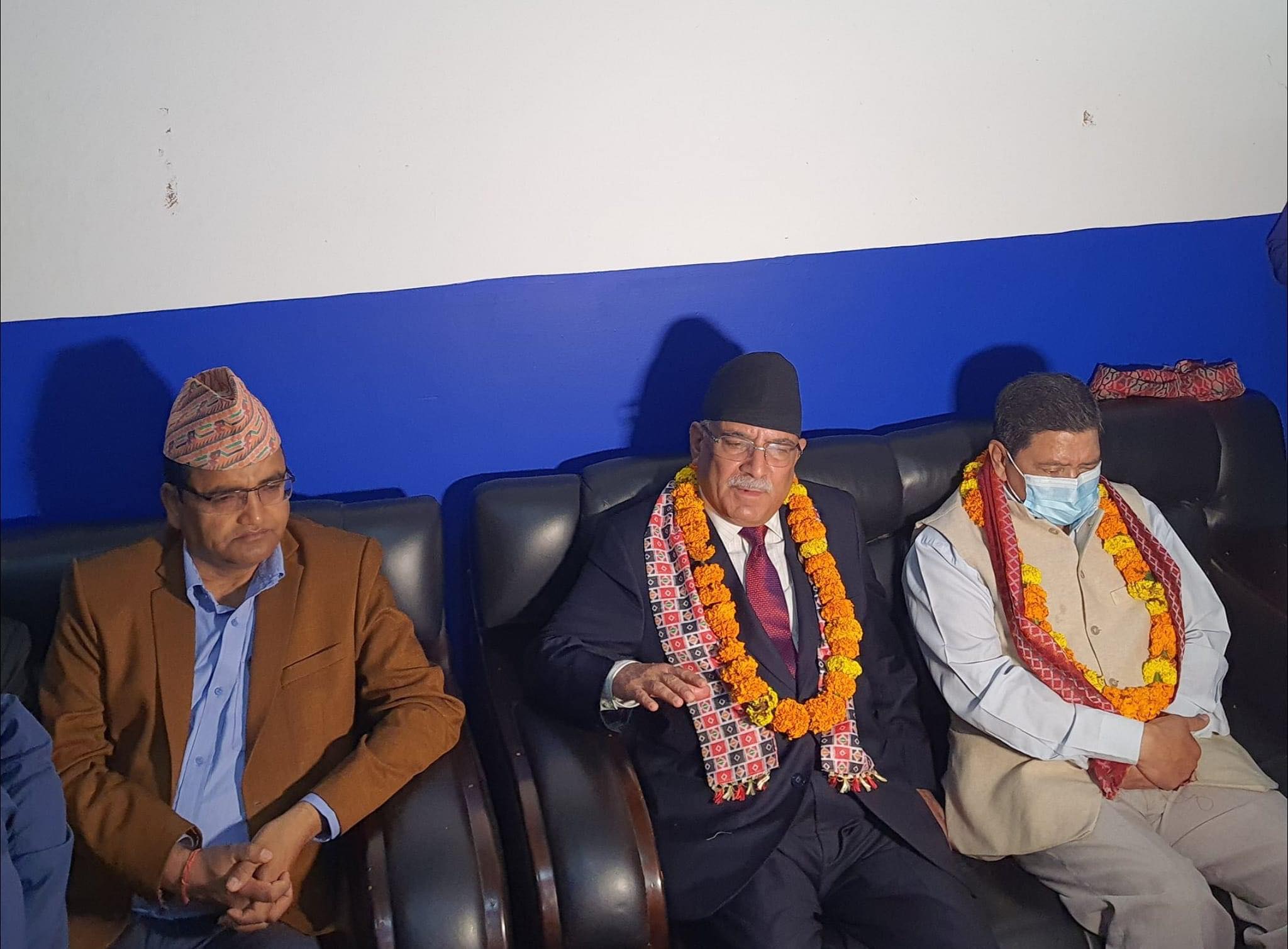 KAILALI: CPN (Maoist Centre) Chairman Pushpa Kamal Dahal said that they would contest the upcoming elections on their own strength.

Speaking to journalists in Dhangadhi on Monday, Chairman Dahal said that the party’s first priority is to contest the elections alone.

He was of the opinion that they have good relations with the coalition parties.

“There is no doubt about taking the alliance ahead. Senior leaders of the coalition partners are for forging an electoral alliance,” Chairman Dahal said, adding, “The Prime Minister has also directed his party leaders to not speak against the alliance.”

On a different note, he said there is no meaning of CPN-UML’s obstructions in the Parliament.

He said that the expulsion of 14 UML lawmakers was sub judice in the apex court and the issue could not be discussed in the House.

Saying that the Nepali Congress should also be incorporated in the Sudurpashim Province, he claimed that the Maoist Centre would lead the government.