I will resign if my decision on MCC fails in party: Dahal 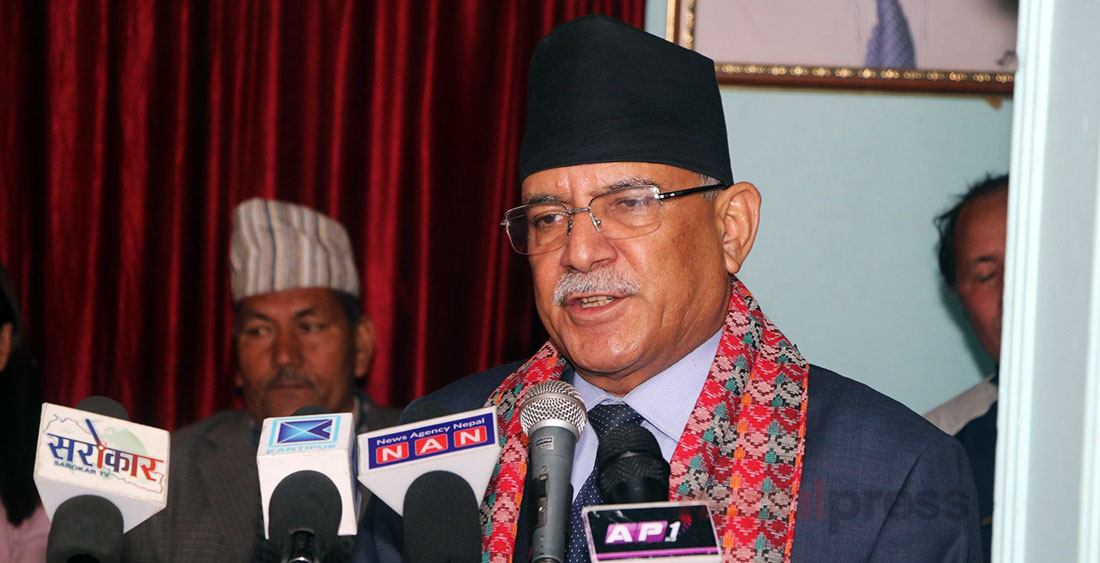 KATHMANDU: CPN (Maoist Centre) Chairman Pushpa Kamal Dahal said that the debate on Millennium Challenge Corporation (MCC) will be held within the party after the local level elections.

Talking to journalists after a meeting on Sunday, Chairman Dahal said that he would resign if the decision and proposal failed in the discussions to be held after the elections.

The Maoist Centre Chairman said that the issue was resolved after the MCC along with interpretative declaration was endorsed from the Parliament.

“It will be a subject of protest if the interpretative declaration is minimized during the implementation,” he said.

Though this was the basic solution, Dahal admits that the leaders still have differing views on the $500 million grant agreement.

“We have decided to hold discussions on the MCC after the elections,” he said.