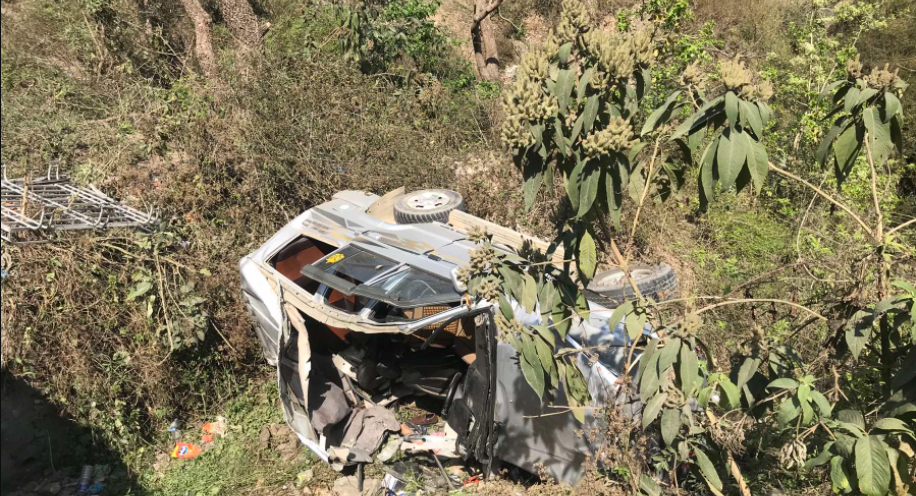 TANAHUN: At least three persons died and 13 others sustained injuries in a bus-jeep collision at Yenapahara of Anbukhairini Rural Municipality-2 in Tanahun along the Prithvi Highway on Sunday.

Police identified one of the deceased as Rudran Sen Thakuri of Shuklagandaki municipality-8, said Deputy Superintendent of Police (DSP) Yubaraj Khadka of Tanahun. The identities of the remaining deceased have not been ascertained yet, he added.

The incident occurred when a bus (Ga 2 Kha 307) heading to Anbukhairani from Mugling and a jeep (Ga 3 Cha 6012) coming from the opposite direction collided head-on this afternoon. The jeep fell around 5 metres off the highway after the collision.

Among the injured, four are receiving treatment at a local hospital of Anbukhairini rural municipality.

Police have taken the bus driver into custody for further investigation.

Further details of the incident are yet to come, police said.