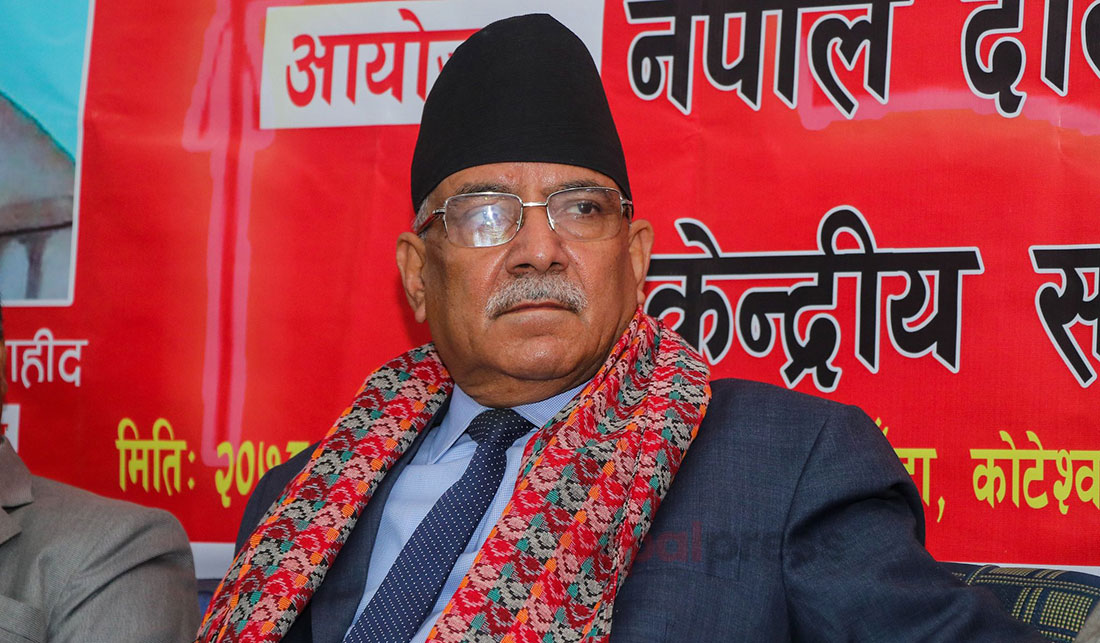 KATHMANDU: Chairman of the CPN (Maoist Centre) Pushpa Kamal Dahal ‘Prachanda’ has said his party would forge an electoral alliance with the ruling parties as much as possible, and if not, it would face the election alone.

Chairman Dahal reiterated that utmost efforts would be made for keeping intact the alliance for the coming elections.

The current alliance solved the problems that surfaced in course of the implementation of the Millennium Challenge Corporation (MCC) compact, he argued while addressing a programme organized to unveil a life-size statue of the late leader Posta Bahadur Bogati ‘Dibakar’ here Saturday.

“With the decision made by the central committee meeting of the party for the two-month-long election campaign, it is time to concentrate on the election,” he reminded the cadres and urged them to reach people’s doorsteps to appeal to people’s support towards the party.

According to him, strong relations with people will help ensure the party’s victory in the coming elections.

At the programme, he remembered the late leader Dibakar as an honest and dedicated leader which contributed hugely to party movement and organization. His loss is realized now, he added.

Even the leaders of other political parties as Dr Ram Sharan Mahat, Arjun Narsing KC and Rajendra Prakash Lohani expressed views on the late leader Dibakar.

Then vice chairman of the party, Dibakar died of a heart attack on September 15, 2014. RSS