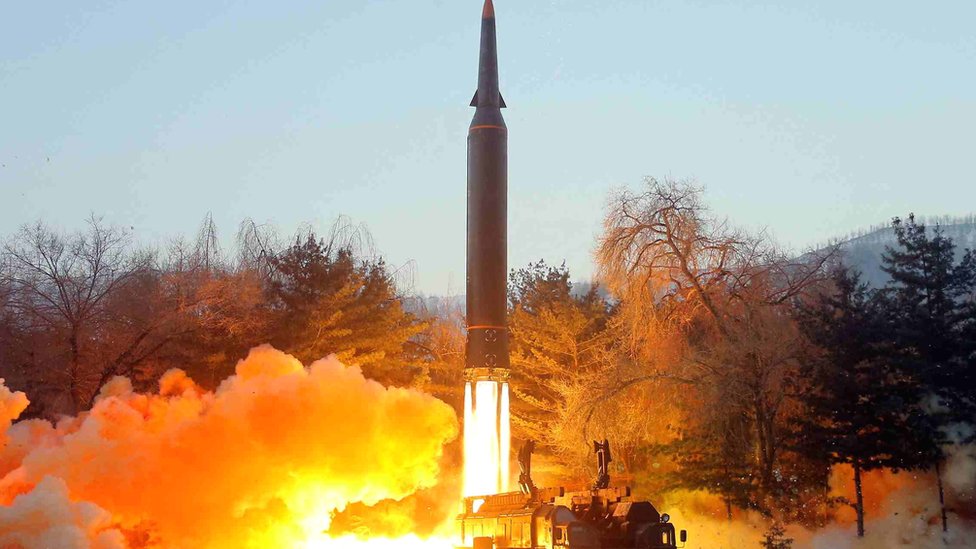 The US says N Korea recently tested parts of a new intercontinental ballistic missile (ICBM) system, in what it called a “serious escalation”, BBC reported.

Pyongyang said the launches on 26 February and 4 March focused on developing a reconnaissance satellite.

But the Pentagon now says the tests were experimental launches, before a likely full-range ICBM launch.

With a minimum range of 5,500km (3,417 miles), ICBMs can reach the US. They are designed for nuclear arms delivery.

Neither launch displayed ICBM range or capability, but the tests were carried out “to evaluate this new system before conducting a test at full range in the future, potentially disguised as a space launch,” Mr Kirby said.

“The United States strongly condemns these launches, which are a brazen violation of multiple United Nations Security Council resolutions, needlessly raise tensions and risk destabilising the security situation in the region.”

Both South Korea and Japan have confirmed the US statement and condemned Pyongyang.

Here we go again. And we can’t say we were not warned.

North Korea has spent over a year saying that it would return to testing bigger and better weapons. They even displayed them in a military parade and exhibitions, BBC reported.

Pyongyang has carried out several short-range missile tests which will have helped their scientists try out new technology. But testing long range intercontinental ballistic missiles really make Washington sit up and take notice.

Why? Because these missiles put the US mainland within striking distance, as North Korea demonstrated during its launches in 2017.

The Hwasong-12 was thought to be able to reach as far as 4,500km (2,800 miles), putting US military bases on the Pacific island of Guam well within striking distance. The Hwasong-14 demonstrated even greater potential, with a range of 8,000km.

Only the U.S Russia and China have land-based missiles of this range, according to BBC.

Kim Jong Un has warned he will launch “many satellites” soon, which Washington and Seoul will see as an attempt to try out the same technology as an ICBM.

The allies have stepped up surveillance in the region. More sanctions will be announced.

Once again, it seems tensions may return to the Korean peninsula, just as Seoul elects a new conservative president who has pledged to be tougher on Pyongyang.