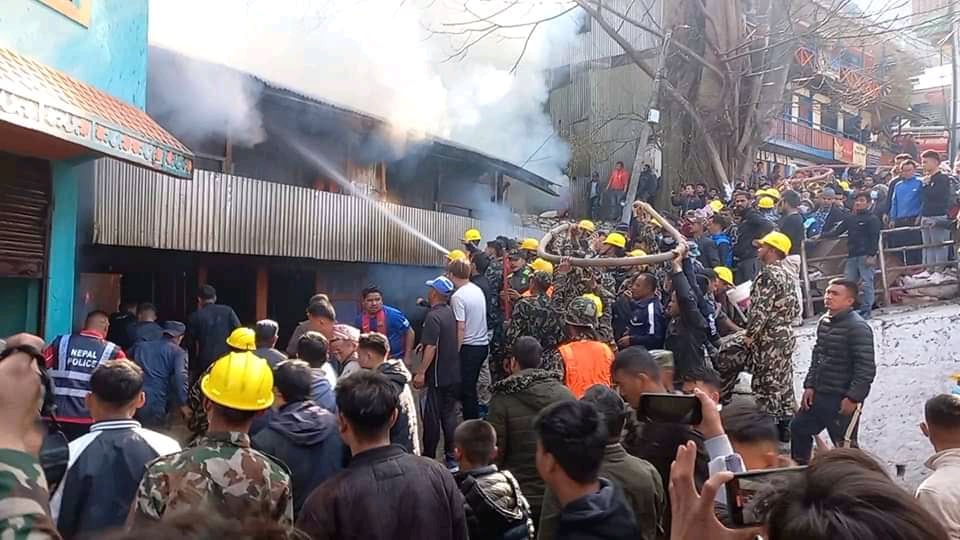 KATHMANDU: An elderly woman died when a fire broke out at Phuling Bazaar, the district headquarters of Taplejung, on Friday.

Chief District Officer Mahesh Kumar Pokharel said that an elderly women died when  fire broke out at Kopche in Phuling Municipality-4 at around 8 am today.

“An elderly woman in the house. Critically injured in the incident, she was rushed to a hospital but breathed her on the way,” he said.

The identity of the deceased is yet to be established.

Nepal Army, Armed Police Force and Nepal Police personnel along with locals and fire engines are battling to douse the fire.