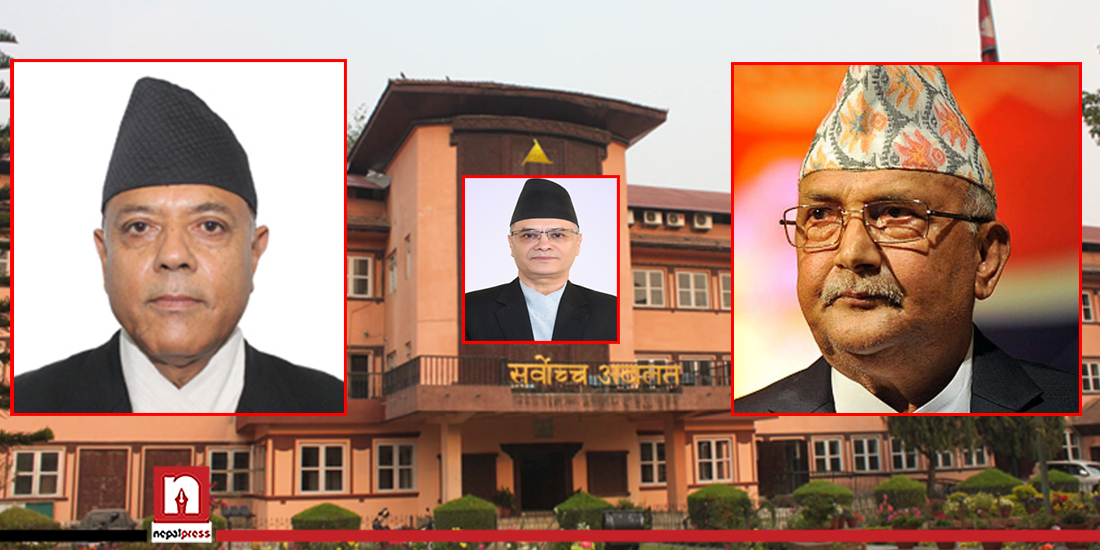 Karki sent a proposal to Chairman Oli seeking help of the UML to endorse the impeachment motion.

In response, Oli said that the motion will not be ratified at any cost and urged Karki not to play politics from the court with support of the ruling alliance.

Taking to Nepal Press over phone, a source close to Oli said that Karki has been urging the UML Chairman to help ruling alliance to endorse the motion.

But Oli said that the motion will not be endorsed in Nepal, the source said.

Chairman Oli said that this impeachment motion means the design of the ruling coalition and some justices of the Supreme Court.