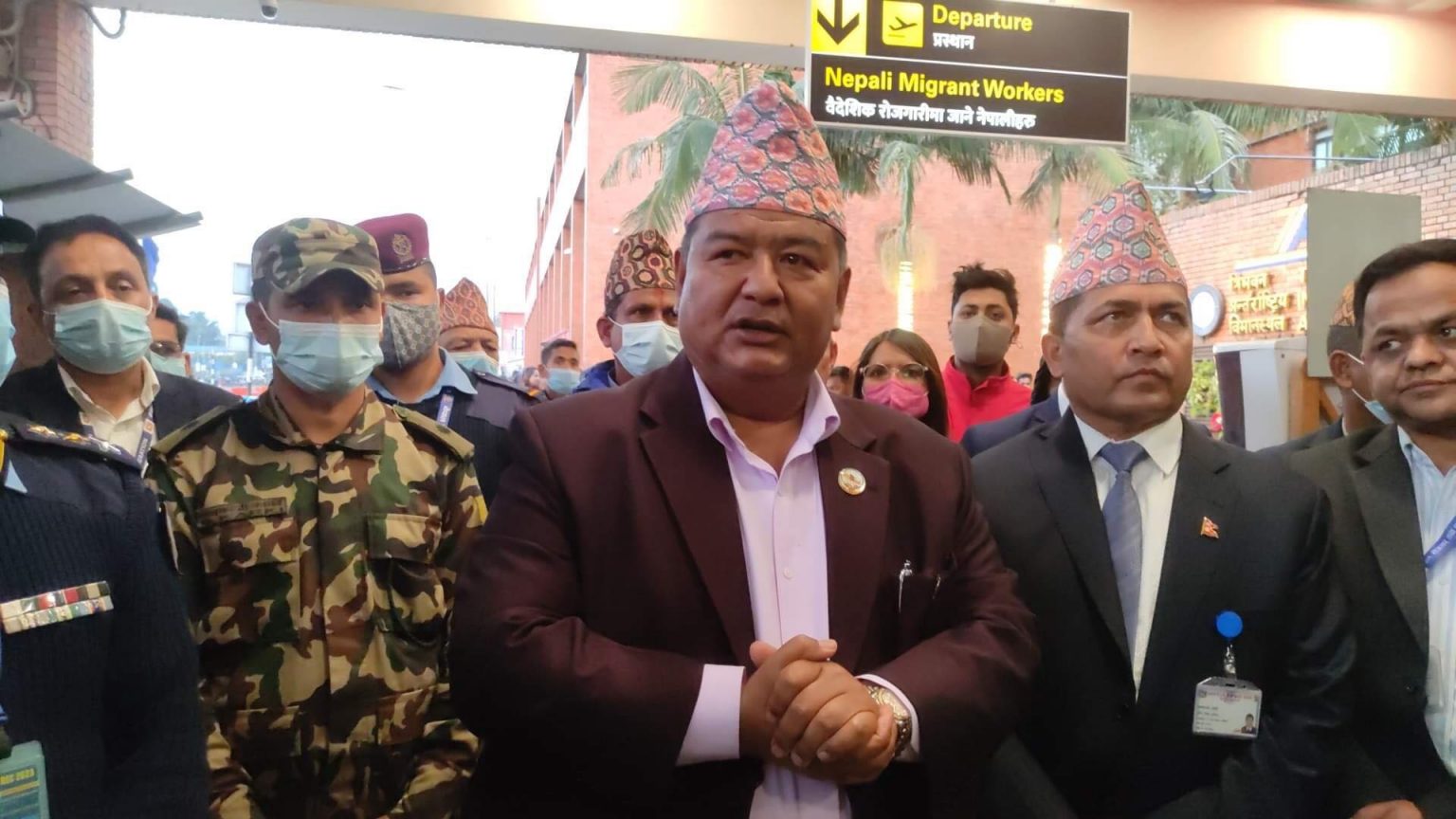 KATHMANDU: The labour desk set up at the Tribhuvan International Airport (TIA) by the government has been removed.

The desk set up by the government targeting workers going for foreign employment was removed. It was removed after Minister for Labour, Employment and Social Security, Krishna Kumar Shrestha directed for the same.

The desk’s relevancy has ended as the government has been issuing electronic stickers to outbound Nepali migrant workers, said the Ministry.

As per the process, the foreign job aspirants will receive an e-sticker on their cell phone or e-mail. So, they would be able to clear the immigration after presenting the printout of the sticker or showing it on their electronic devices (mobile phones, laptops or tablets) to the authorities.

The removal of the desk followed complaints that the desk provided trouble to Nepali migrant workers going for foreign jobs in the name of helping them clear the immigration, it has been said.

Minister for Labour, Employment and Social Security Krishna Kumar Shrestha and officials reached the airport today and removed the desk.

With this, now foreign job aspirants can easily get their immigration cleared at the TIA without the need for them to line up hours for the same as in the past. RSS