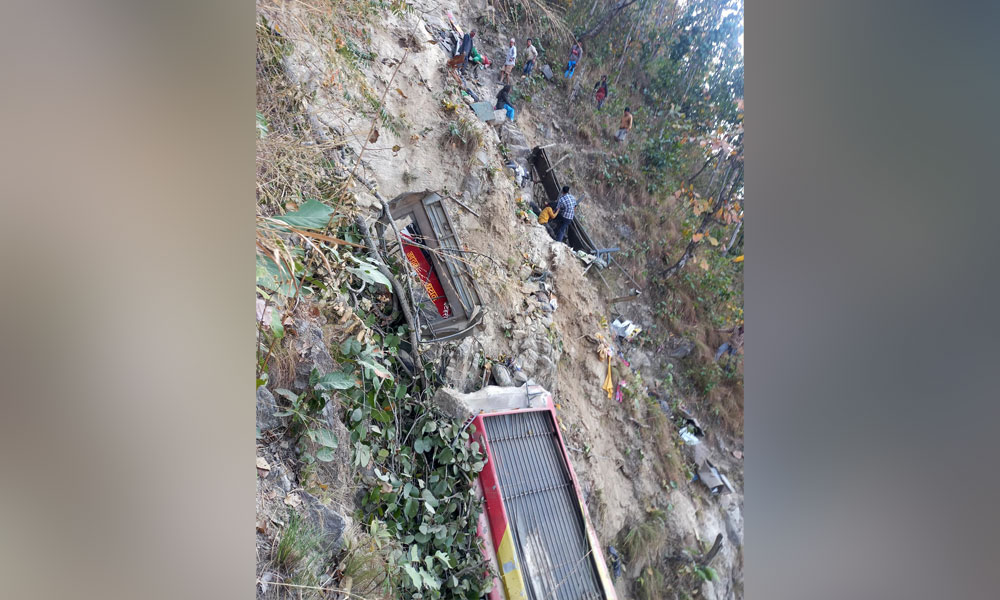 KATHMANDU: At least seven persons died when a bus met with an accident at Ramdevi in Madi Municipality of Sakhuwasabha district on Thursday.

Chief District Officer Nurhari Khatiwada said that seven persons died on the spot when the bus (Ba 4 Kha 735) heading towards Dharan from Madi Municipality met with the accident, this morning.

It has been learnt that the bus fell some 300 metres down the road.