UML was hatching conspiracy to remove Speaker Sapkota if MCC was not endorsed: Nepal 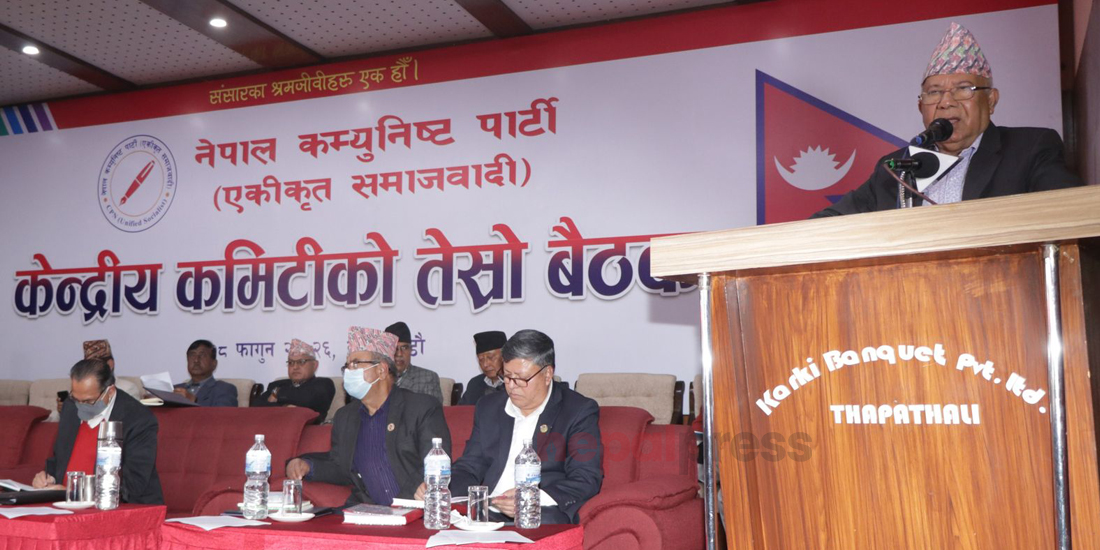 KATHMANDU: CPN (Unified Socialist) Chairman Madhav Kumar Nepal said that the main opposition CPN-UML was hatching a conspiracy to remove Speaker Agni Prasad Sapkota from his post if Millennium Challenge Corporation (MCC) was not endorsed from the Parliament.

Addressing a Central Committee meeting of the party held on Wednesday, Chairman Nepal said that UML Chairman KP Sharma Oli was trying to finish them by ratifying the MCC from the Parliament without any condition. “That is why, we save the alliance even by amending the compact,” he said.

He claimed that they would defeat the UML in the upcoming elections by forging alliance with other parties.

Saying that some of the party leaders have written serious and objectionable things against MCC on Facebook, Chairman Nepal warned them to admit the mistake.