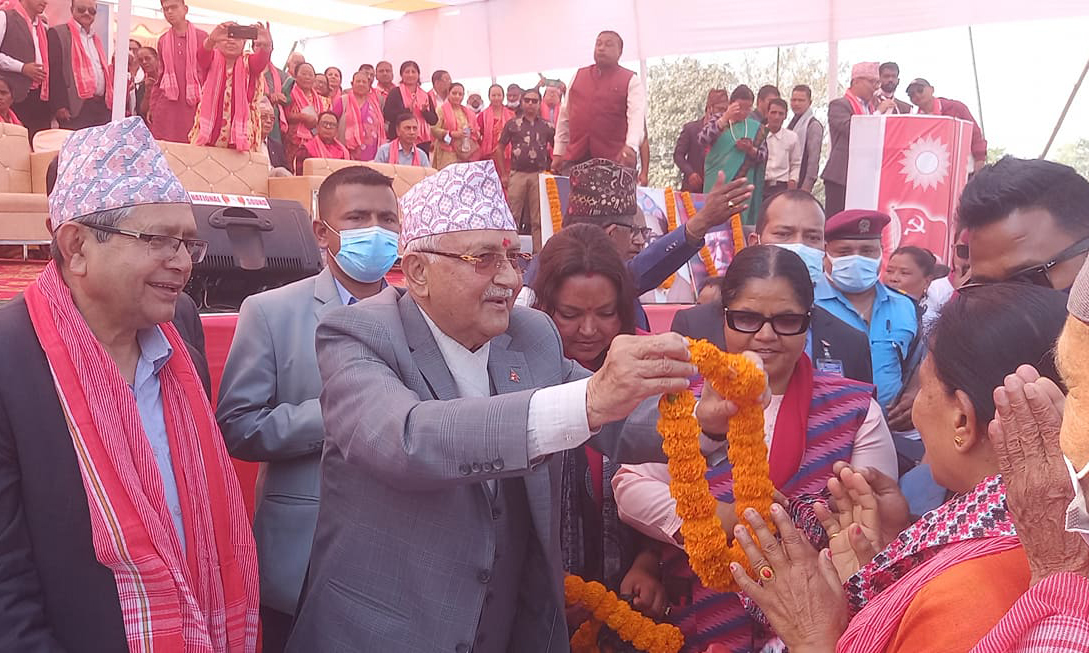 KATHMANDU: Mayor and deputy mayor along with ward chairmen of Rangeli Municipality in Morang district joined the main opposition CPN-UML by abandoning the CPN(Maoist Centre) on Wednesday.

Earlier,  Bagadia and  Khanal were elected mayor and deputy mayor of the municipality from the tickets of CPN(MC).

Similarly, Mahesh Kumar Khanal and Ramchandra Mandal, ward chair of ward-1and ward-7 respectively joined the CPN -UML. They were also elected as the ward chair from the CPN (MC).

As many as 4,710 people along with Bagadiya and Khanal also joined CPN-UML, said Rishikesh Pokhrel, UML Chair of Morang.