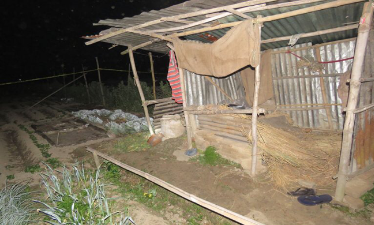 KATHMANDU: The half-naked body of a woman was found at a shanty in Bhaktapur on Monday.

Police said that the body of a woman, who appeared to be in her 30s, was found covered by straw last night.

A team under the command of SP Shiva Kumar Shrestha from the Metropolitan Police Range, Bhaktapur reached the incident site after locals informed them.

The identity of the deceased is yet to be established, DSP Raju Pandey of the Metropolitan Police Range, Bhaktapur said.

He said that there bruises and scars all over the body.

Police said that further investigation into the incident is underway.