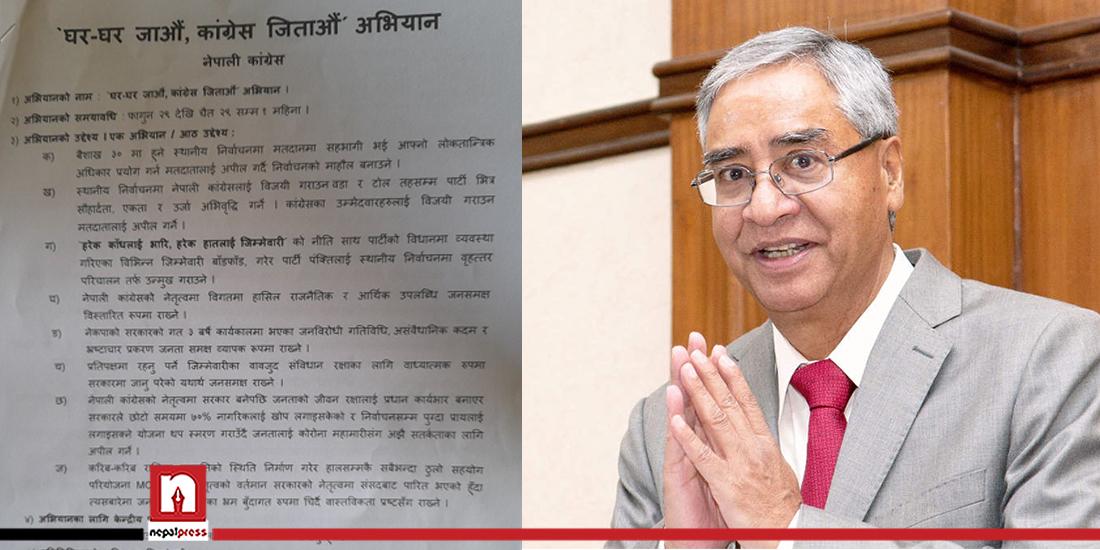 KATHMANDU: Prime Minister and Nepali Congress President Sher Bahadur Deuba has instructed leaders and cadres of the party to work towards ensuring a majority for the party in the upcoming elections from the local to the federal level.

At a meeting of the party’s top leaders and central members held at the party office in Sanpea today, he urged the party leaders to set aside minor differences and focus on building an atmosphere to win a majority for the party.

Deuba also urged all not to oppose the current ruling coalition in the election campaign to be organized by the party, said Central Member Nain Singh Mahar, who attended the meeting.

In the meeting, Mahar said he proposed that the election campaign and strategy targeting the upcoming election should be decided through a meeting of the Central Committee. He stressed the need to forge an electoral alliance according to the needs of the local level concerned. RSS