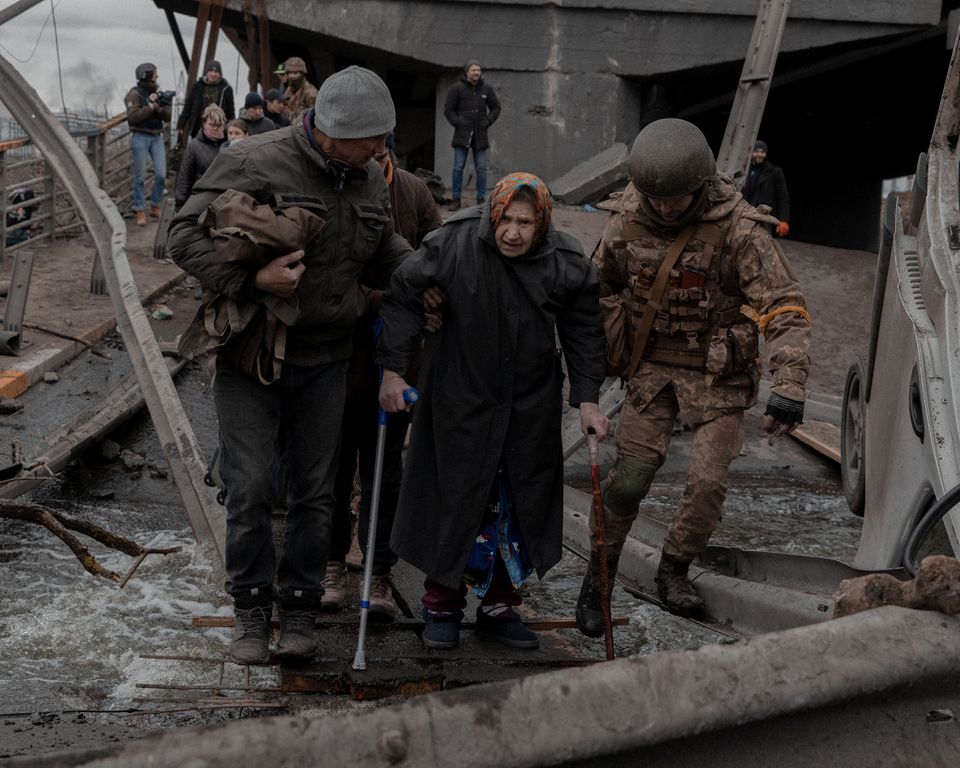 Authorities in Mariupol were seeking to evacuate some residents on Sunday under a new ceasefire plan for the encircled Ukrainian city, as the United Nations said Europe faced its fastest growing refugee crisis since World War Two, Reuters reported.

With Russia’s assault on Ukraine in its 11th day, the Mariupol city council said its evacuation plan would run from noon (1000 GMT) to 9 p.m. (1900 GMT), after a ceasefire plan he previous day earlier collapsed with each side blaming the other.

It was not immediately possible to verify if the evacuation had begun from the coastal city, which has faced heavy bombardment for days, trapping residents without heat, power and water.

Kyiv has renewed its call for the West to toughen sanctions beyond existing efforts that have hammered Russia’s economy, and has requested more weapons, including a plea for Russian-made planes, to help it repel Russian forces.

U.S. Secretary of State Anthony Blinken said Washington was considering how it could backfill aircraft for Poland, if that country decided to supply its warplanes to Ukraine.

“I can’t speak to a timeline but I can just say we’re looking at it very, very actively,” Blinken said during a visit to Ukraine’s neighbour Moldova.

Moscow calls the campaign it started on Feb. 24 a “special military operation” and says it has no plans to occupy Ukraine, which was once part of the Soviet Union under Moscow’s sway but which has now turned West seeking membership of NATO and the European Union.

Moscow and Kyiv traded blame over the collapse of Saturday’s ceasefire to allow civilians to flee Mariupol and another southern city, Volnovakha.

“They’re destroying us,” Mariupol mayor Vadym Boychenko told Reuters in a video call, describing the plight of the city of 400,000. “They will not even give us an opportunity to count the wounded and the killed because the shelling does not stop.”

Moscow said it had struck and disabled Starokostiantyniv air base in west Ukraine using high-precision weapons.

‘WE DON’T WANT TO LEAVE’

“Rockets against Odessa? This will be a war crime,” he said in a televised address.

The World Health Organization said there had been several attacks on Ukrainian healthcare facilities during the conflict. The attacks caused multiple deaths and injuries, WHO chief Tedros Adhanom Ghebreyesus said in a Twitter message, but gave no details.

“Attacks on healthcare facilities or workers breach medical neutrality and are violations of international humanitarian law,” he said.

The agency has said the number could hit 4 million by July.

“We don’t want to leave Ukraine – we love it,” said Olha Kucher, director of the Zaporizhzhia Central Christian Orphanage, speaking in the western Ukrainian city of Lviv as she evacuated children. “But unfortunately we must leave.”

International mediation efforts have continued, although there has been no sign of progress towards halting the conflict.

British military intelligence said on Sunday that Russian forces were targeting populated areas in Ukraine, comparing the tactics to those Russia used in Chechnya in 1999 and Syria in 2016. But it said Ukrainian resistance was slowing the advance.

Putin says he wants a “demilitarised”, “denazified” and neutral Ukraine and on Saturday likened Western sanctions “to a declaration of war”.

The West, which calls Putin’s reasons for invading baseless, has ratcheted up sanctions and scaled up effort to rearm Ukraine, sending in items ranging from Stinger missiles to anti-tank weapons.

But Washington and its NATO allies have resisted Ukraine’s appeals for a no-fly zone for fear that it would escalate the conflict beyond Ukraine’s borders.

Western sanctions have pushed many companies to exit investments in Russia, while some Russian banks have been shut out of a global financial payment systems, driving down the rouble and forcing Moscow to jack up interest rates.

Ukraine’s military said more than 11,000 Russian troops had been killed so far and 88 Russian aircraft shot down since the start of the invasion. Reuters could not corroborate the claim. Russia has not given regular updates on how many troops have been killed.

More than 350 civilians have been killed, according to the U.N. rights office on Saturday, with hundreds more injured.

Demonstrations were planned on Sunday in Washington and elsewhere after jailed Kremlin critic Alexei Navalny called for worldwide protests on March 6 against the war.

Hundreds of people were detained in anti-war protests in 21 cities across Russia, according to an independent Russian-based protest monitor.