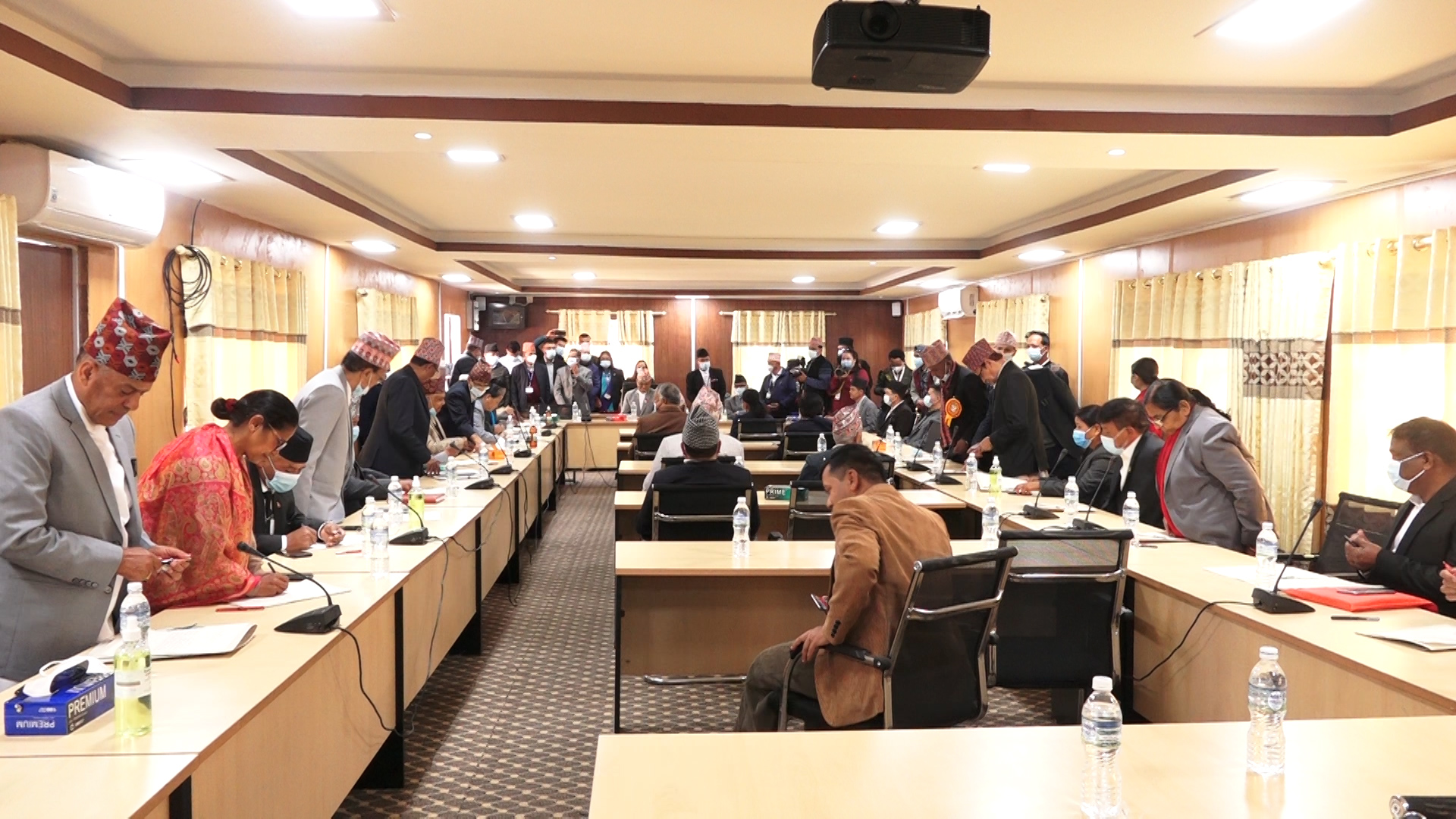 KATHMANDU: The newly-elected 19 members of the National Assembly have taken the oath of office and secrecy.

The election for 19 vacant posts of NA members was held on January 26. The term of the newly elected 19 members would be six years. On the occasion, NA Chair Timalsina handed over an emblem of the Federal Parliament to the newly elected members.

General-Secretary of the Federal Parliament Secretariat, Dr Bharatraj Gautam, on the behalf of the Secretariat, wished the newly-elected National Assembly members for a successful tenure.

Minister for Law, Justice and Parliamentary Affairs, Dilendra Prasad Badu, parliamentary party leaders, chief whips and whips of different political parties in the National Assembly were present on the occasion.

The Parliament Secretariat has scheduled a programme to impart brief information about the parliament and parliamentary practices to the newly elected NA members today itself. RSS