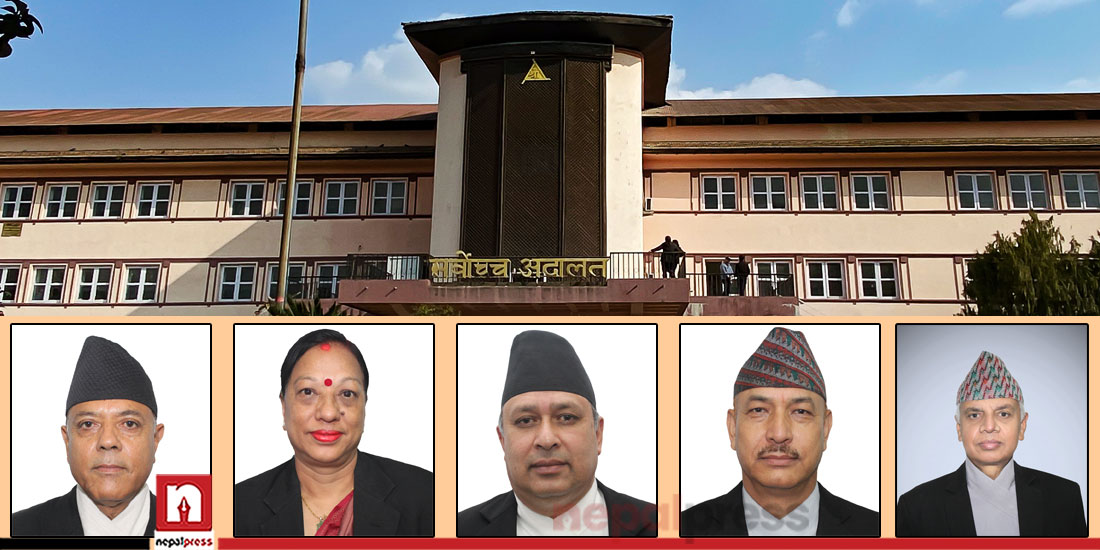 KATHMANDU: The Supreme Court (SC) has formed a constitutional bench and started hearing by it from today.

Acting Chief Justice Deepak Kumar Karki formed the bench and assigned it to hear six cases for today. The bench comprises Acting CJ himself and other four judges Meera Khadka, Hari Krishna Karki, Bishwambhar Shrestha and Ishwor Prasad Khatiwada. The constitutional bench at the SC had remained affected for around five months.

It may be noted that CJ Cholendra Shumser Rana has not been allowed to carry out his official duty since February 13 following the registration of an impeachment motion against him at the Federal Parliament Secretariat.

According to SC Spokesperson Bimal Poudel, hearing in the constitutional bench had remained affected since September 29, 2021 due to lawyers’ protest over the alleged bargaining of CJ Rana for his share in the formation of the government.

Hearing at the constitutional bench takes place twice a week, on Wednesday and Friday, at the SC.