Alliance has been ensured till elections due to our tactful move: Dahal 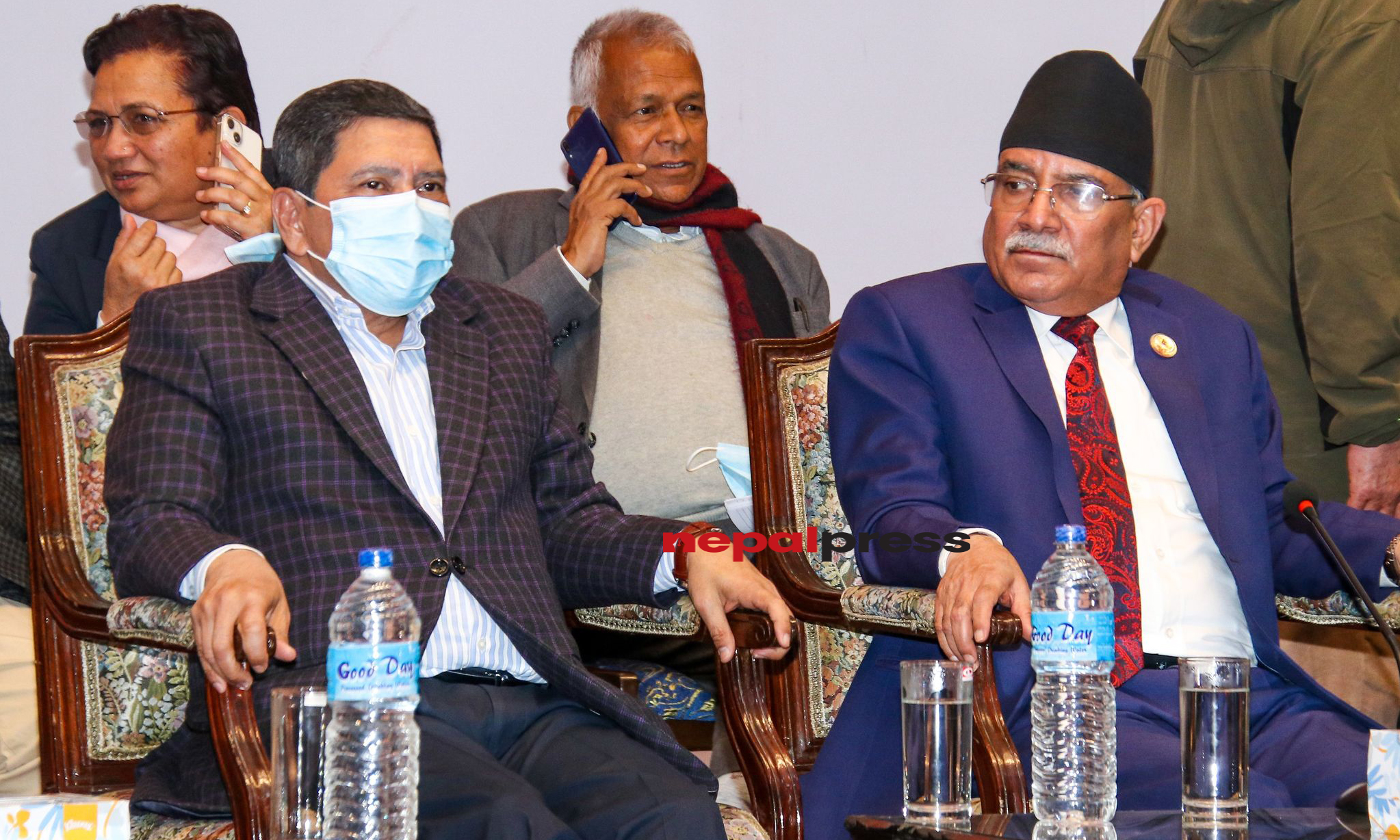 KATHMANDU: CPN (Maoist Centre) Chairman Pushpa Kamal Dahal has said that the current ruling coalition has been ensured till the local level elections with the endorsement of the Millennium Challenge Corporation (MCC).

Addressing a Central Committee meeting held in the Capital on Friday, he said that the coalition would have fallen apart and the country would have pushed into regression had the MCC been not endorsed.

“The MCC was not even in the common minimum programme until the coalition was formed. But, the MCC was on the verge of collapse due to the MCC. The alliance has been ensured till the elections after we tactfully ratified the MCC from the Parliament,” a central member said as Dahal saying.