PM Deuba thanks Dahal, Nepal for helping to endorse MCC from Parliament 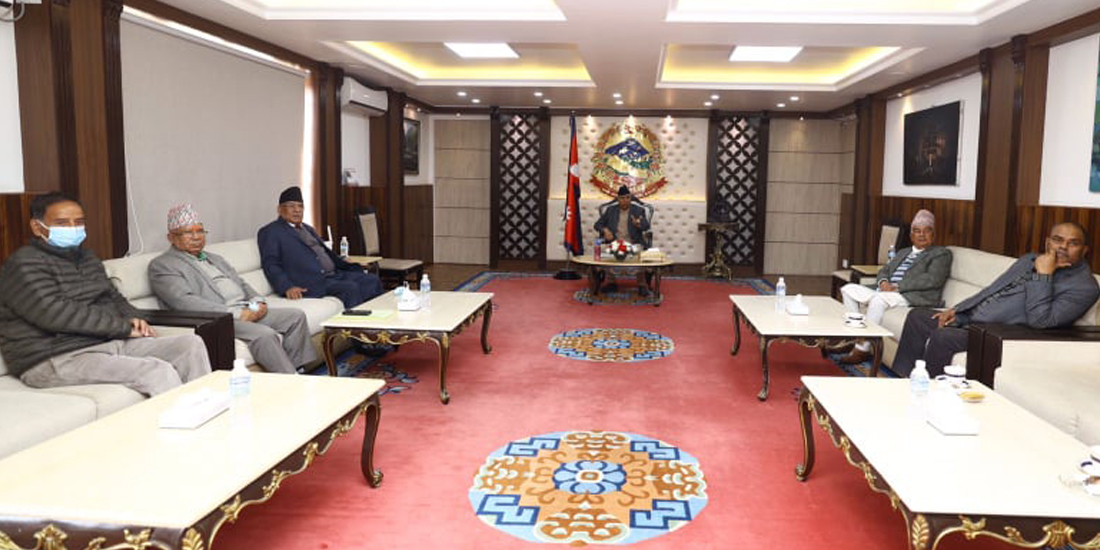 During a meeting of the four-party ruling alliance held at the Prime Minister’s official residence in Baluwatar on Thursday, Prime Minister Deuba thanked all the leaders including Dahal and Nepal for helping to ratify the MCC from the Parliament.

The meeting has decided to urge the main opposition CPN-UML to create a conducive environment to discuss national issues by lifting the House obstruction, government spokesperson and Minister for Communications and Information Technology Gyanendra Bahadur Karki said.