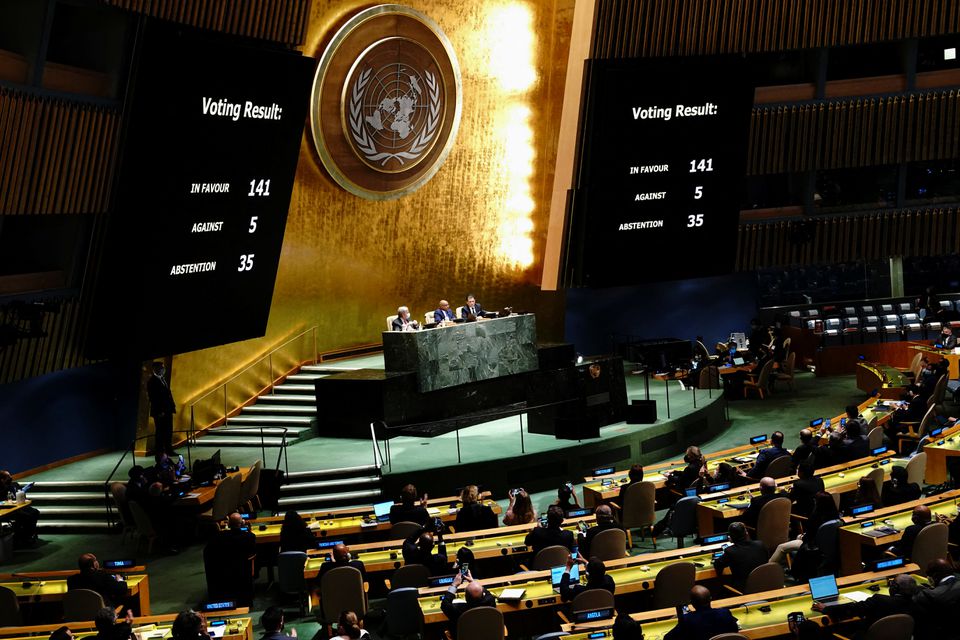 KATHMANDU: Nepal has voted in favour of a United Nation (UN) resolution to deplore Russia over the Ukraine invasion on Wednesday.

Thirty five countries including China and India, however, remained abstained. Of the 193 member states, 141 countries voted for the resolution.

The resolution demanded that Russia immediately withdraw its troops from Ukrainian territory.

The UN Security Council on Sunday had voted to call for a rare emergency session of the UN General Assembly after Russia announced a military operation in Ukraine.