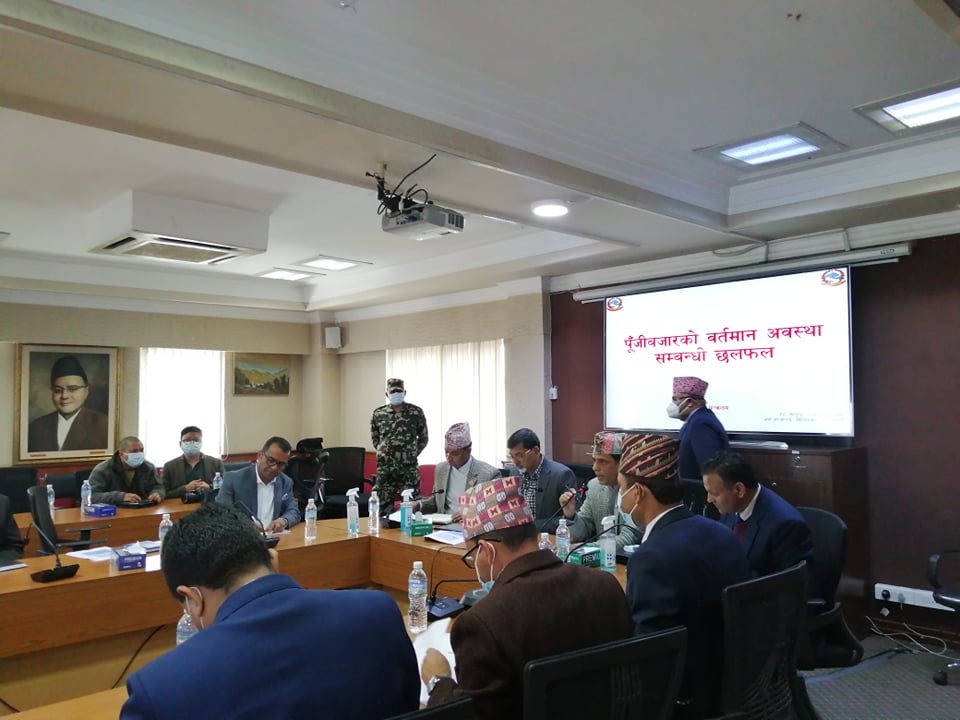 KATHMANDU: Finance Minister Janardan Sharma has directed the Security Board of Nepal, and Nepal Stock Exchange Limited (NEPSE) to focus on improving the capital market. Both of the agencies were handed an 11-point directive in this regard.

At a programme organized on Wednesday, Minister Sharma asked NEPSE and SEBON leaderships not to be swayed by anyone’s influence and pressure while discharging their respective duties.

Recently, the government had appointed Krishna Bahadur Karki as chief executive officer at NEPSE and Ramesh Hamal as chairperson of SEBON.

They are made aware of how the investment of the general public could be made secure and problems of capital market solved. “Time has come to create an environment where money in the capital market is spent in mega projects. Individual’s money had entered the capital market, which should be further capitalized,” he directed the newly appointed leadership.

Different anomalies, such as insider trading, pump and dump and circular business which have posed threat to capital have been discouraged after he assumed the office, Minister Sharma asserted.

On the occasion, Finance Secretary Madhu Kumar Marasini viewed that new leaderships have been expected to lead the capital market in a positive way. Revenue Secretary Krishna Hari Pushkar said the share market was improving.