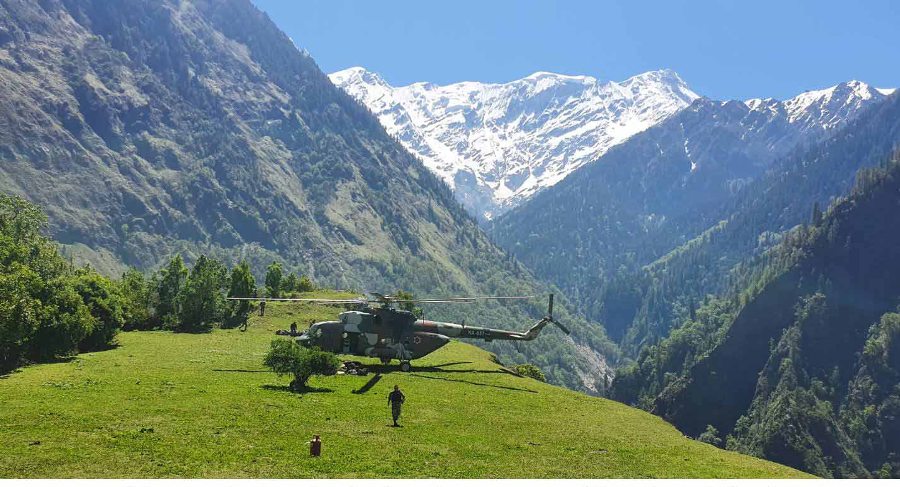 KARNALI: A 20-year-old woman who was rescued from Juinka of Khatyad rural municipality-4 in Mugu for labour complications gave birth to a child on a rescue flight.

Dhanalakshmi Rawal ( 20) of Junka village was on board the Nepali Army helicopter during the 40-minute flight from Mugu to Surkhet and delivered a baby boy after 30 minutes of the departure, said NA Western command Major Belina Malla quoting pilot Lieutenant Colonel  Rachan Shrestha.

The woman suffered labour pain for 18 hours before the rescue. Now the mother and baby have been admitted to the Karnali Province Hospital and they both are in normal health condition.RSS