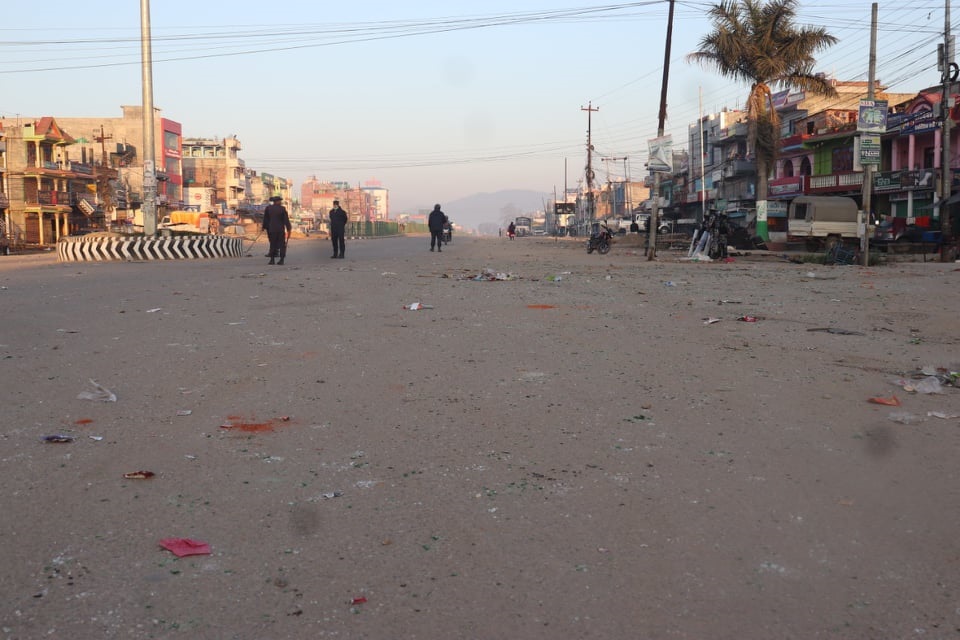 Police have arrested 23 persons for defying the curfew and 18 police personnel including an inspector were injured in the clash.

Demonstrators pelted stones at the police who were urging the locals not to come out of their houses.

Police said that two locals were also injured in the incident.

The District Administration Office, Surkhet had clamped a curfew after tension ran high in Birendranagar of Surkhet due to the protest.

The DAO imposed the curfew from 8:15 pm on Monday until further notice.

Cadres of various political parties, who had enforced bandh against the endorsement of the MCC, had torched the party office of CPN-UML last night.

The party offices of Nepali Congress and CPN (Maoist Centre) were also vandalised.